Jallikattu, the popular and traditional bull taming event in Tamil Nadu, claimed two lives on Monday when bulls gored a tamer and a spectator to death in separate events in Madurai and Tiruchi.

Chennai: Jallikattu, the popular and traditional bull taming event in Tamil Nadu, claimed two lives on Monday when bulls gored a tamer and a spectator to death in separate events in Madurai and Tiruchi.

At Palamedu, one of the world famous arenas in Madurai for the bull taming sport, a 24-year-old tamer Aravindraj, who had a successful run in the initial rounds, was gored by a bull at the end of the fourth round. He had by then tamed nine bulls and stood third among the bull tamers of Palamedu. However, his luck ran out when a ferocious bull gored him causing serious abdomen injuries. Aravindraj, a construction worker, was rushed to Government Rajaji Hospital in a waiting ambulance. However, by the time he reached the hospital, he had lost heavy blood and doctors declared him dead.

As many as 31 others were injured by raging bulls at Palamedu.

Elsewhere at Periya Suriyur on the outskirts of Tiruchi, a fierce bull gored Aravind, a young spectator, to death. The 25-year-old victim sustained severe chest injuries, according to police.

He died during the treatment at the Mahatma Gandhi Memorial Government Hospital in Tiruchi.

Chief Minister MK Stalin condoled the death of the two persons and announced a solatium of `3 lakh each to their respective families. 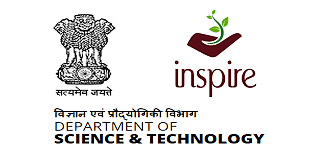