Party legislators want him to become the Deputy Chief Minister of the state as they strongly feel he gives results and his presence in the cabinet will give stability to the government.
Sanjay Jog 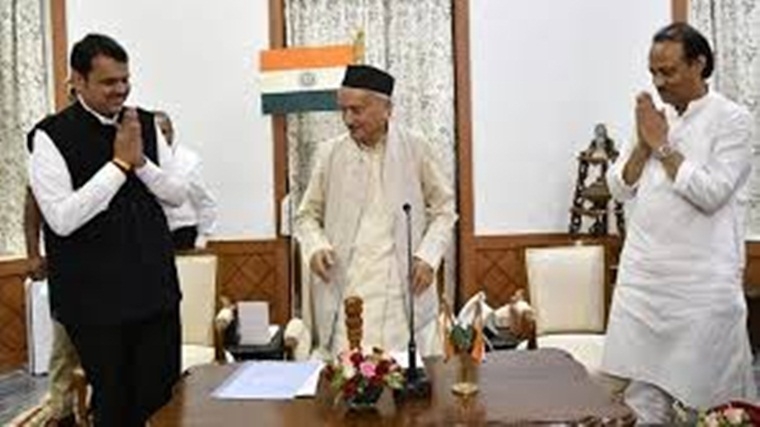 Mumbai: Ajit Pawar's induction as the Deputy Chief Minister of Maharashtra is a foregone conclusion in the Sharad Pawar-led Nationalist Congress Party (NCP). After flopped rebellion against his uncle Sharad Pawar and his party, Ajit Pawar is all set to return to the party as a majority of the party legislators want him to become the Deputy Chief Minister of the state. They strongly feel that he gives results and his presence in the cabinet will give stability to the government.

Further, of the 54 legislators, most of them say Ajit Pawar has a command over administration and it will help actively pursue works from their respective constituencies. They also argue that Ajit Pawar's presence in the cabinet as Deputy Chief Minister will also help NCP to consolidate taking advantage of his leadership and power. Free Press Journal had earlier reported that CM Uddhav Thackeray is set to expand his cabinet on December 30.

On November 23, Ajit Pawar had been sworn in along with the BJP's Devendra Fadnavis in a surprise early morning ceremony. The arrangement lasted only 80 hours as Ajit Pawar, who had taken an oath of Deputy Chief Minister, failed to bring in more NCP legislators to sustain the coup. He resigned and returned to the NCP fold. Popularly known as Ajit Dada among his supporters, Ajit Pawar has in the past served as Deputy Chief Minister for two short-lived terms when the Congress-NCP was in power before 2014. The trigger for Ajit Pawar's induction as Thackeray's Deputy is Shiv Sena MP Sanjay Raut on December 21 had said that the former will become Deputy Chief Minister in the Maha Vikas Aghadi government. Raut gave his comment after the Anti-Corruption Bureau last week gave a clean chit to Ajit Pawar in connection with the Vidarbha irrigation scam. The affidavit filed by ACB director general Param Bir Singh in the Nagpur bench of the Bombay High Court -- that dealt with PILs alleging that the agency was delaying investigation in the case -- stated: "In regards to respondent no. 7, Ajit Pawar, no criminality had been found."

It was Pawar senior's decision not to induct Ajit Pawar on November 28 to avoid criticism from the Congress party and also from BJP as he had returned to party fold after joining hands with BJP. NCP chief had suggested Thackeray expand cabinet after the recently concluded winter session as BJP would have cornered Ajit Pawar on getting a ministerial berth.

NCP chief Sharad Pawar had recently admitted sizeable members of the party have full respect for him, even if they are unhappy about him going to the BJP.