Fast bowler and a senior player of the Indian Cricket Team Mohammad Shami was the target of hate crime on social media after India lost their first-ever ICC World Cup match against Pakistan here at Dubai on Sunday.

Batting first, India only managed 152 runs on the board. Pakistan pacer Shaheen Afridi was the pick of the bowlers for their team as he took 3 wickets in 4 overs. Pakistan chased down the target in just 18 overs with no loss.

As soon as India was defeated was Pakistan on Sunday, fans took to Instagram and Twitter to pass derogatory statements on Mohammed Shami.

The media trolls came in blaming Mohammad Shami for siding with the Pakistan side as he was a Muslim after he conceived the highest runs in Sunday's match. Hundreds of messages were left on Shami’s Instagram account saying he was a “traitor” and should be thrown out of the Indian team.

While hate mongers trolled team India and its players, many people and politicians have come in support of the Indian pacer.

Speaking about the incident AIMIM chief Asaduddin Owaisi told news agency ANI, "Md Shami is being targeted on social media for yesterday's match, showing radicalization, hatred against Muslims. In cricket, you win or lose. There are 11 players in the team but only a Muslim player is targeted. Will BJP govt condemn it?"

“Team India your BLM knee-taking counts for nothing if you can’t stand up for your teammate who is being horribly abused and trolled on social media,” Omar Abdullah, a former chief minister in the Muslim-majority region of Kashmir, said on Twitter.

The match also sparked violence in neighbouring Bangladesh. Two Pakistan supporters were beaten by India fans as they celebrated the win in one southern district, media reports said.

The Twitter community condemned the abuse of Shami and called for action from the BCCI.

India will face New Zealand in their next match of the ICC T20 World Cup 2021 on Sunday, October 31 here at Dubai International Stadium. This would be an important match for India as after losing to Pakistan, India needs to win upcoming matches to enter the qualifying round. India's record against the Kiwis in the ICC tournaments has been disappointing, however, Pakistan's win over India says a different story altogether. 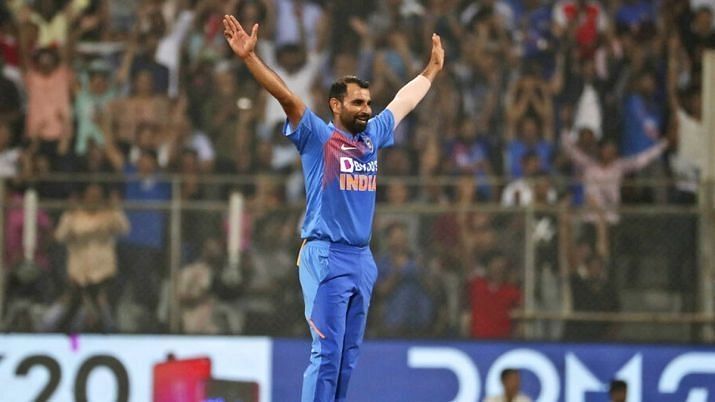