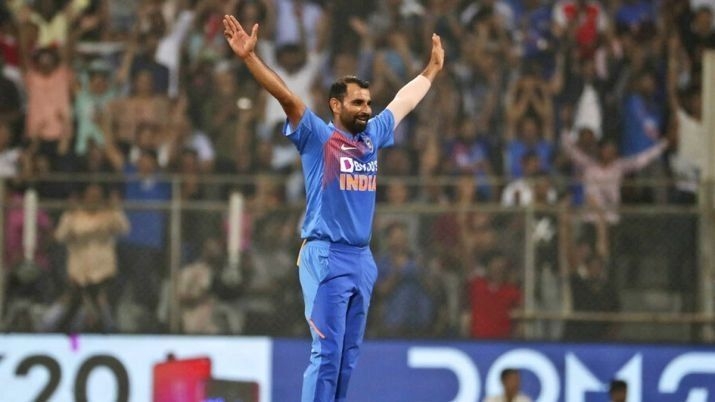 Former Indian batter Virender Sehwag on Monday rallied behind pacer Mohammed Shami, who continues to suffer online abuse after the Men in Blue suffered a defeat at the hands of Pakistan in the ICC Men's T20 World Cup.

"The online attack on Mohammad Shami is shocking and we stand by him. He is a champion and Anyone who wears the India cap has India in their hearts far more than any online mob. With you Shami. Agle match mein dikado jalwa," Sehwag tweeted.

Shami is being subjected to online abuse after the Men in Blue suffered a defeat against arch-rival Pakistan in the ICC Men's T20 World Cup. As soon as India was defeated by Pakistan on Sunday, fans took to Instagram and Twitter to pass derogatory statements on Mohammed Shami.

Pakistan defeated India by 10 wickets and none of the Men in Blue bowlers were able to leave an impact as Babar Azam and Mohammad Rizwan took the bowling to the cleaners. Indian skipper Virat Kohli also saw some unruly fan behaviour and the trolls have also not been kind to him, as he is also being criticised for his captaincy during the game.