'Suspension of MPs a symbol of crushing voices of India': Rahul Gandhi Congress leader Rahul Gandhi on Tuesday said that the voices of suspended Rajya Sabha MPs have been crushed by the government in a apparent move.

"Bills after Bills are being passed in Parliament in the din. This is not the way to run the Parliament. The Prime Minister doesn't come to House. We are not allowed to raise any issue of national importance. It is the unfortunate killing of democracy", Rahul Gandhi said.

"Suspension of MPs is a symbol of the crushing of the voice of people of India. Their voices have been crushed. They have done nothing wrong. We are not allowed to discuss important issues in Parliaments", he added.

The joint march by the Opposition parties is also being held to protest against high inflation, unemployment, forcing legislations without discussions while demanding compensation to the farmers who lost their lives during the year-long agitation and revocation of suspension of 12 RS MPs.

The Rajya Sabha has been adjourned till 2 pm on Tuesday as the Opposition parties disrupted proceedings of the House seeking revocation of suspension of 12 MPs from the House.

The ruckus created as the Rajya Sabha Chairman M. Venkaiah Naidu refused to consider the demand of Leader of Opposition Mallikarjun Kharge to revoke the suspension of 12 MPs and started Zero Hour.

The suspended MPs have been protesting at the Gandhi statue in the premises of the Parliament since the first day of their suspension.

The winter session of Parliament began on November 29 and will continue till December 23. 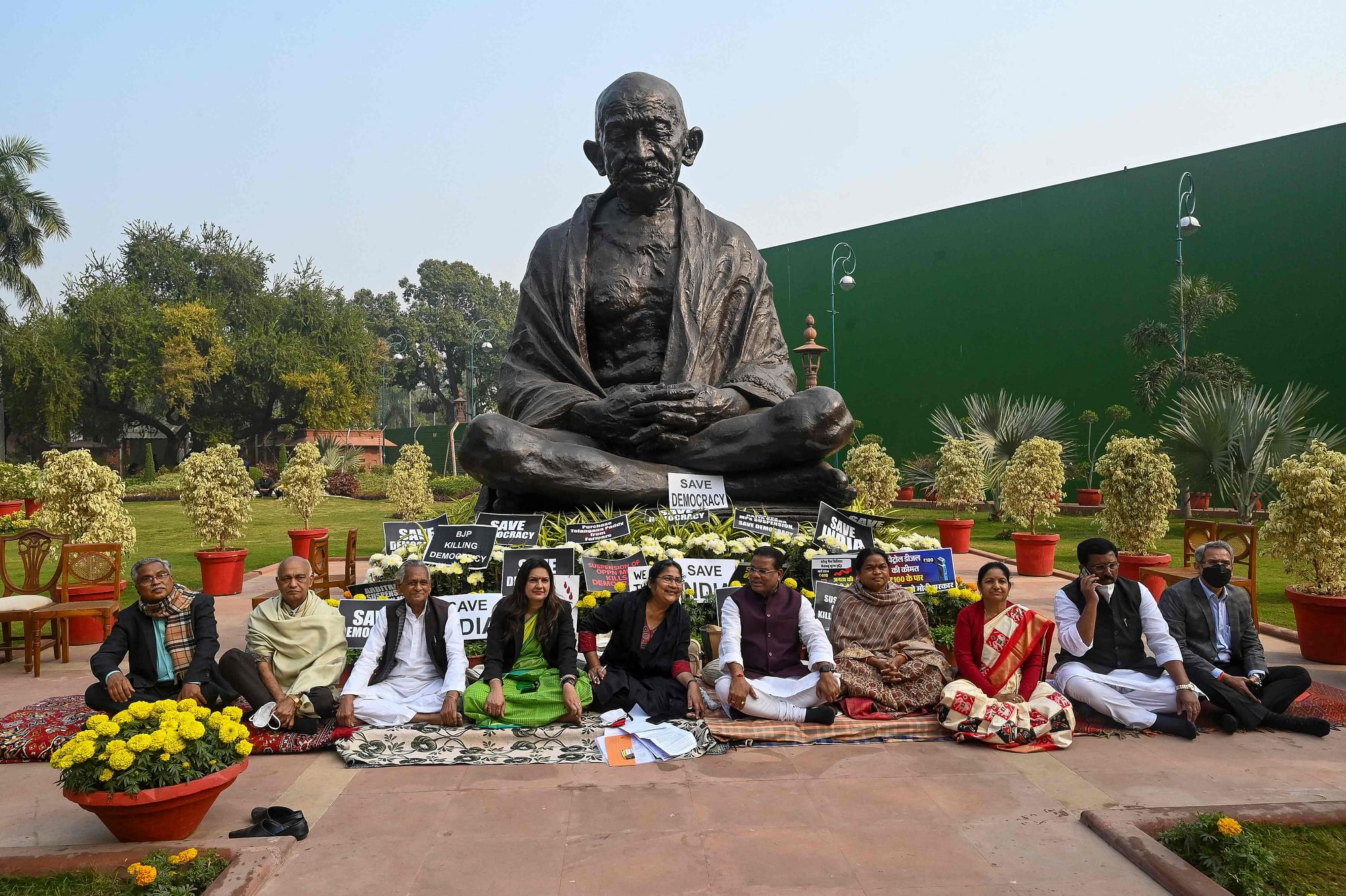