The MPs were suspended according to Rule 374 on ‘unruly and disrespectful behaviour towards the Chair.’

The 24 suspended Members of Parliament will continue to sit at the protest at the Gandhi statue in Parliament after they were given security clearance.

The MPs will stage protests until their suspension is revoked.

The opposition MPs, who were suspended from the Rajya Sabha for disrupting proceedings, began their 50-hour-long protest inside the Parliament complex earlier today.

"The MPs are holding the relay protest near the Gandhi Statue and will stay at the site through the night," said TMC MP Dola Sen, who is one of the suspended parliamentarians.

AAP MP Sanjay Singh was suspended from the Rajya Sabha for the remainder of this week for “throwing paper on the Chair” a day ago during proceedings of the House.

Singh is the 20th MP from the Upper House who has been suspended for disrupting proceedings. This is the highest number of single-batch suspensions in the Upper House.

The MPs were suspended according to Rule 374 on ‘unruly and disrespectful behaviour towards the Chair.’ 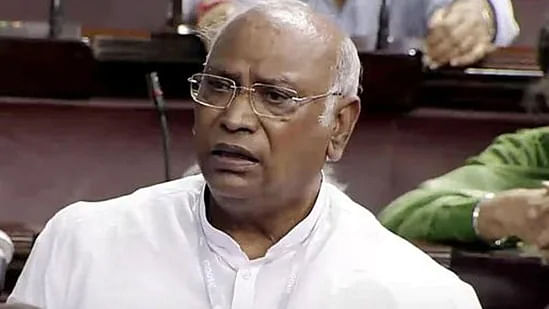