The Congress leader said that Sonia Gandhi has not been doing well and yet, she is being summoned again and again by ED.

With the Congress interim president Sonia Gandhi set to appear before the Enforcement Directorate (ED) for the third day for questioning, party leader Mallikarjun Kharge said that the probe agency is harassing the party to demoralize our workers.

Speaking to ANI, the Congress leader informed that Sonia Gandhi has not been doing well and yet, she is being summoned again and again by ED.

Sonia Gandhi is appearing before the ED on Wednesday after she was quizzed for over six hours on Tuesday, July 26, in a money laundering case linked to the National Herald newspaper case.

"The ED is harassing the Congress party. It is repeatedly threatening and trying to defame Congress. Our Congress President has not been doing well. And yet, she is being summoned again and again. It is an attempt to demoralise our workers. But we are not afraid of ED threats, we are not afraid of repeated calls," said Kharge.

Meanwhile, Congress workers are protesting at All India Congress Committee (AICC) headquarters in Delhi and across India against the questioning of the party's interim president Sonia Gandhi by the ED.

The Delhi Police made a massive deployment of security personnel and buses have been parked just outside the gate of the AICC office to ferry detained protesters.

Congress workers in Mumbai, on Wednesday, climbed atop a train. They tried to stop it but in vain and were detained.

Some people came to stop the train but they didn't succeed, they've been detained: CPRO W.Railway pic.twitter.com/YPjTAAVENP

Officials said that on Tuesday, Sonia Gandhi's response was sought to around 30 questions regarding her involvement with the National Herald newspaper and Young Indian Pvt Ltd, the company under investigation.

Her questioning at the ED office in central Delhi went on for nearly 2.5 hours beginning at 11 am and continuing after a 90-minute lunch break until 7 pm. Her questioning was conducted by a team led by additional director Monika Sharma.

During her questioning on Tuesday, the Lok Sabha MP from Rae Bareli was asked about the functioning and running of the newspaper, the role of its various office bearers, and her and Rahul Gandhi's involvement in the affairs of the National Herald and Young Indian.

Officials said the agency would also confirm her statement with that of Rahul Gandhi, as both are majority stakeholders in Young Indian Pvt Ltd.

Condemning the agency's action, Congress called it a "political vendetta". Rahul Gandhi and Congress MPs were detained for holding a protest march from the Vijay Chowk to the Rashtrapati Bhavan to draw the President's attention to the alleged misuse of central agencies by the government when they were stopped by the police.

The case to investigate alleged financial irregularities under the PMLA was registered about nine months ago after a trial court took cognisance of an Income Tax department probe carried out on the basis of a private criminal complaint filed by former Bharatiya Janata Party (BJP) MP Subramanian Swamy in 2013. 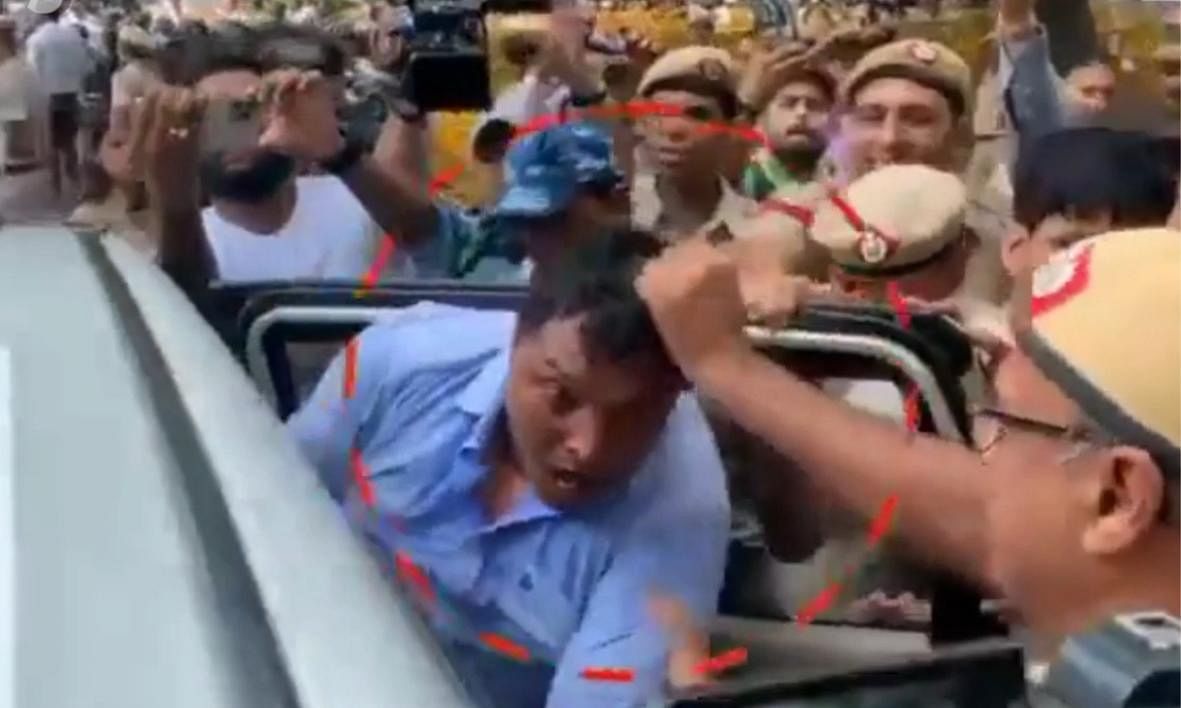