After the meeting, Yechury left for New Delhi where he would be submitting an affidavit about his meetings to the Supreme Court
PTI 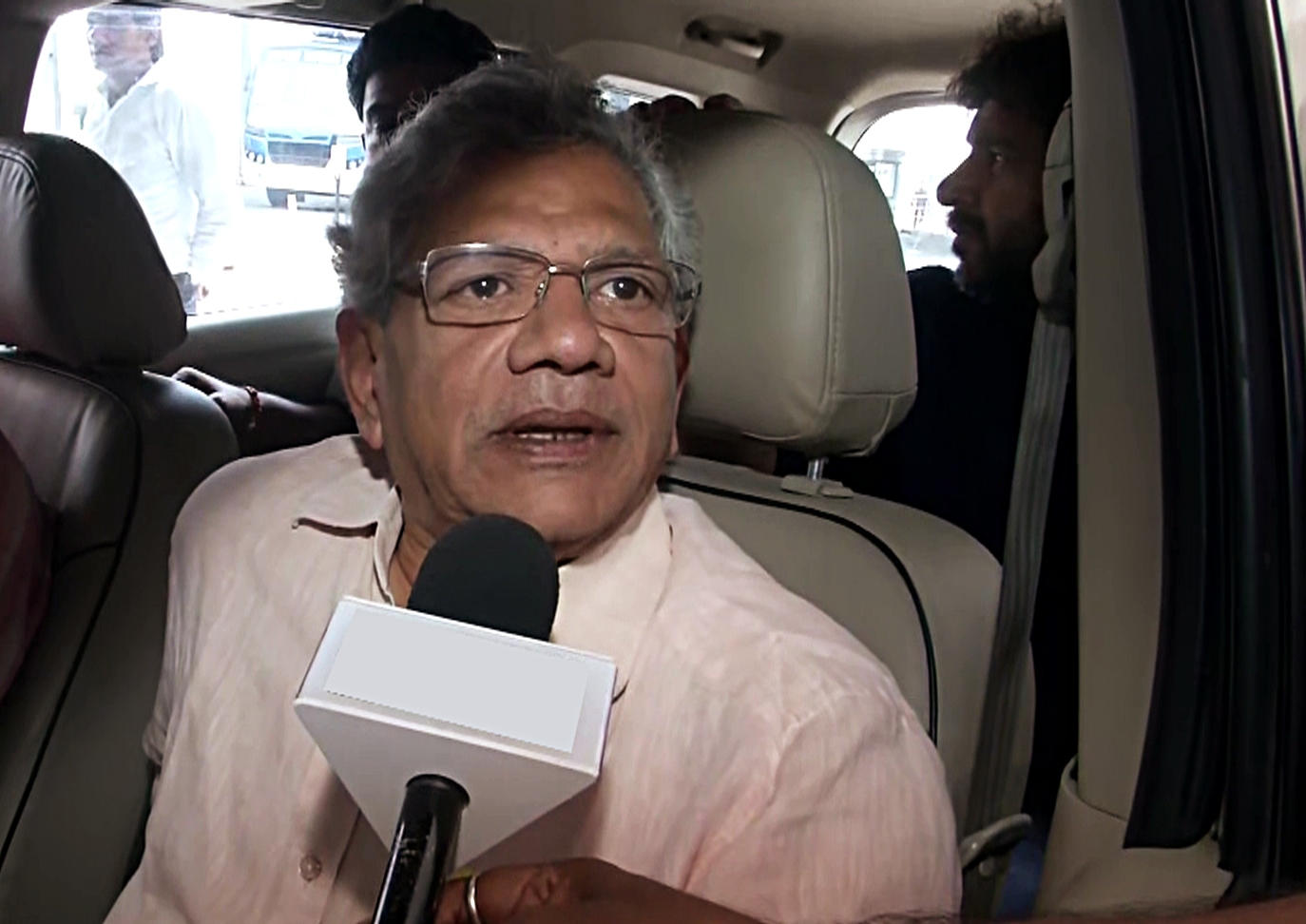 He had a breakfast meeting with Tarigami at his government accommodation located at the secured Gupkar road in the civil lines area of Srinagar city where he has been under detention since August 5 after the special status of Jammu and Kashmir was withdrawn.

After the meeting, Yechury left for New Delhi where he would be submitting an affidavit about his meetings to the Supreme Court. Yechury, armed with an order of the Supreme Court, had arrived here Thursday afternoon and was escorted by police to meet Tarigami. He spent nearly three hours with the former MLA.

Yechury had gone to Srinagar on August 9 too, four days after the Centre announced the revocation of Jammu and Kashmir's special status but was turned away from the airport by the state administration.

The Supreme Court had on Wednesday rejected Centre's contention that Yechury's visit to Tarigami may endanger the situation in the state. "Why do you have any difficulty if a citizen of this country wants to go there and meet his friend and party colleague," a bench headed by Chief Justice Ranjan Gogoi had asked Solicitor General Tushar Mehta, who was opposing Yechury's visit.

The apex court made it clear that Yechury was allowed to visit Jammu and Kashmir to meet his party colleague only as attention has been drawn to an interim application seeking orders from the court for bringing Tarigami to the All India Institute of Medical Sciences, New Delhi, for better medical facilities.

The bench said if he was found to be "indulging in any other act of omission and commission, it will be construed to be a violation of this court order".

Yechury's counsel told the top court that he was willing to give an undertaking that he would not indulge in any other activity other than meeting Tarigami and enquiring about his well-being.

Tarigami is among a host of mainstream political leaders who were detained during the intervening night of August 4 and 5. The CPI-M leader is under detention at his house while many other politicians have been locked up at Centaur hotel.

Former chief ministers Farooq Abdullah, his son Omar Abdullah and Mehbooba Mufti have been detained by the state authorities. While senior Abdullah was at his home, his son was detained at nearby Hari Nivas and Mufti was in a hut at Chesmashahi.