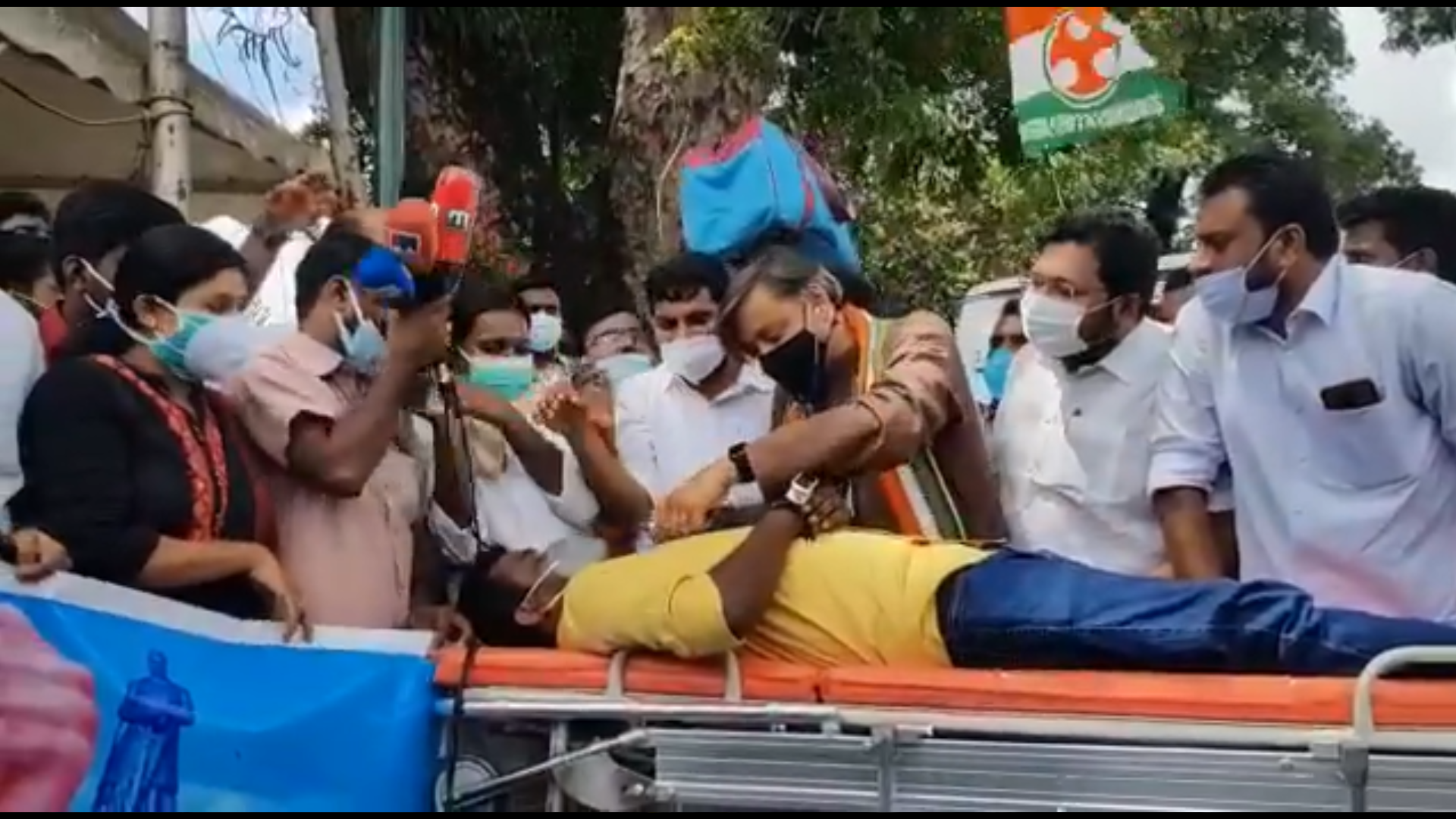 At a time when there are tens of thousands of COVID-19 cases being recorded on a daily basis, a symbolic protest featuring Congress leaders in Kerala has garnered eyeballs for all the wrong reasons. The southern state is currently leading India's COVID-19 tally, prompting alarm in many quarters. Of 46,164 new cases and 607 deaths recorded across the country in the last 24 hours, Kerala reported 31,445 COVID-19 positive individuals and 215 deaths.

Over the last few days as cases continued to increase, leaders across political lines have criticised the Kerala government. Union Minister V Muraleedharan for example recently hit out at the administration for its "carelessness", contending that the administration was more focused on celebrating the anniversary of the Moplah riots. But grim as the situation is, posing as a doctor to "check the health of the patient Kerala in the roadside ICU" is perhaps not the best way to go about highlighting the crisis.

The Congress on Thursday led a protest urging the government to take action. Thiruvananthapuram MP Shashi Tharoor joined the Youth Congress' COVID-19 mismanagement protest before the Secretariat, sharing a rather dramatic video of the same. In it a group of individuals can be seen gathered around a man lying on a stretcher as Tharoor wields a stethoscope and tends to him.

"This is symbolic protest to show that Kerala is in ICU and before it gets carried away in an ambulance the govt needs to take action," he was quoted as saying.

Netizens were quick to condemn the video, pointing out that the protest in question featured several poorly-masked individuals crowded closely together - something that tends to be frowned upon (or even penalised) since the pandemic began.

"And as we speak, around 35 thousand cases are popping up from Kerala. Half of the folks in the video are wearing their masks not covering their nose. Kudos," read one irate tweet.

"Ugh! Totally defeats the purpose of the protest, Congress. Zero physical distancing! How about wearing masks properly (at least three are wearing masks for cosmetic purposes)!" suggested another.