Saffron Gone: All the states in which BJP lost power in 12 months 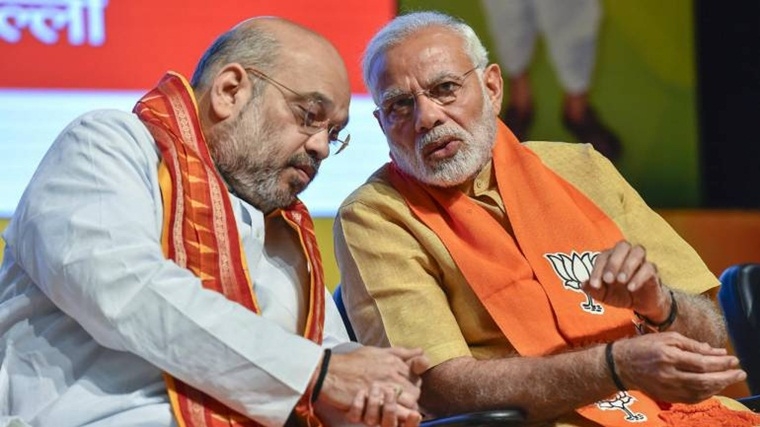 The JMM-led three-party alliance stormed to power in Jharkhand on Monday, ousting the BJP in yet another state in the Hindi heartland after the saffron party's stupendous performance in the Lok Sabha elections, a development that could have profound implications for the country.

The tensions for Prime Minister Narendra Modi doesn't seem to be ending, after BJP lost control of Jharkhand just months after losing the crucial state of Maharashtra. The results came amidst when the country is boiling over Citizenship Amendment Act (CAA) and the National Register of Citizens (NRC).

After loss in Jharkhand elections, BJP has lost yet another state after letting four key states slip away from its kitty in the last one year. Jharkhand was added to the list of Maharashtra, Chhattisgarh, Rajasthan, Madhya Pradesh -- where BJP lost power in past 12 months. While the BJP lost Maharashtra in the recently held election, it barely managed to save Haryana from slipping away after Dushyant Chautala and Independents came to its rescue. After loss in Jharkhand, the number of states controlled by the BJP and its allies has now fallen to 17 within the last 18 months. From Bengal to Punjab: 10 states which have refuses to implement CAA-NRC

The BJP, which had posted a spectacular victory in the Lok Sabha election in the middle of the year, was yet to score a convincing triumph in an assembly election since. In the two assembly elections held after the Lok Sabha polls, the party failed to win a clear majority in Haryana, where it had to ally with Dushyant Chautala's Jannayak Janta Party to cobble together a government.

The BJP emerged as the single largest party in Maharashtra where it fought the polls together with its oldest ally Shiv Sena. The two together could have easily formed a government which may have lasted for five years, but irreconcilable differences between the two Hindutva parties saw the Shiv Sena do the unthinkable--align with the Congress and its offshoot NCP--and form a government. The Devendra Fadnavis government of the BJP, propped up by the perceived support from Ajit Pawar, a nephew of NCP boss Sharad Pawar, lasted barely three days. A recalcitrant Ajit Pawar got spooked by the enormous clout of his uncle, who mustered almost all party MLAs in support of a Shiv Sena governent led by Uddhav Thackeray, and made a meek return home. In the process, the BJP lost an ally in Shiv Sena.

The loss comes after PM Modi's quick push of abrogation of Kashmir’s special autonomous status in August. By December, the contentious citizenship amendment bill became law. At the same time, Modi has encouraged companies to invest and called for changes to the country’s labor laws. The Supreme Court's verdict in favour of building a Ram Temple in Ayodhaya was also a big boost to the BJP.