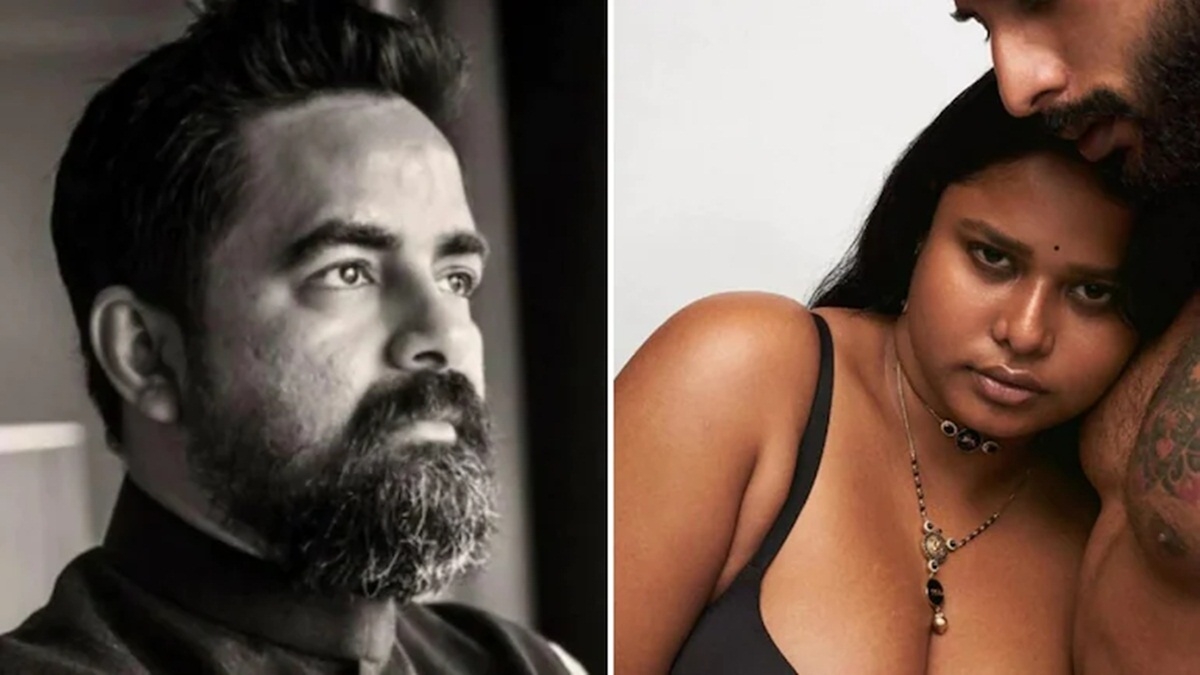 This comes hours after Madhya Pradesh Home Minister Narottam Mishra issued a "24-hour ultimatum" and threatened to send the police after him.

The popular Indian fashion designer took to Instagram on Sunday and issued a statement on behalf of the firm stating that they are "deeply saddened" that the advertisement campaign "offended" a section of the society. 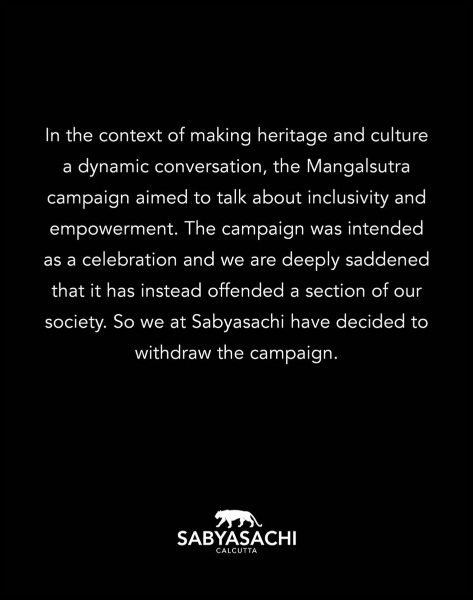 "In the context of making heritage and culture a dynamic conversation, the Mangalsutra campaign aimed to talk about inclusivity and empowerment. The campaign was intended as a celebration and we are deeply saddened that it has instead offended a section of our society. So we at Sabyasachi have decided to withdraw the campaign," read the fashion label's statement.

Earlier, MP Home Minister Mishra had on Sunday termed the campaign as "highly objectionable and hurtful" and demanded Sabyasachi to withdraw it.

"I have warned earlier as well. I am personally warning designer Sabyasachi Mukherjee and giving him a 24-hour ultimatum. If this objectionable and obscene advertisement is not withdrawn within 24 hours, then a case will be registered against him and legal action will be taken. The police force will be sent for the action," said Mishra in a video message that he posted on Twitter.

The label's advertisement campaign of Mangalsutra, a traditional necklace worn by married Hindu women, had featured intimate portraits of women and men.

After pictures of the advertisement were posted on Instagram, there was a huge controversy with a section of social media users terming them as against Hindu culture and obscene. Hashtags such as #Sabyasachi_Insults_HinduCulture and #BoycottSabyasachi were trending on Twitter.

Advocate Ashutosh Dubey, legal advisor of BJP-Maharashtra Palghar district on October 30 had issued a legal notice to the fashion designer for using "semi-naked models" for a Mangalsutra collection advertisement and hurting religious sentiments.

Earlier, Consumer Goods Company Dabur India Limited had withdrawn an advertisement featuring a lesbian couple celebrating the Hindu festival of Karwa Chauth, hours after Narottam Mishra criticised it for showing "objectionable content" and said that legal steps would be taken if the advertisement was not withdrawn.

Recently, clothing brand Fabindia facing backlash withdrew its advertisement for its latest collection which it had called 'Jashn-e-Riwaaz'.