During the conclave, the RSS will also deliberate on its expansion programme to reach those regions where it does not have its presence yet, Sunil Ambekar said
PTI 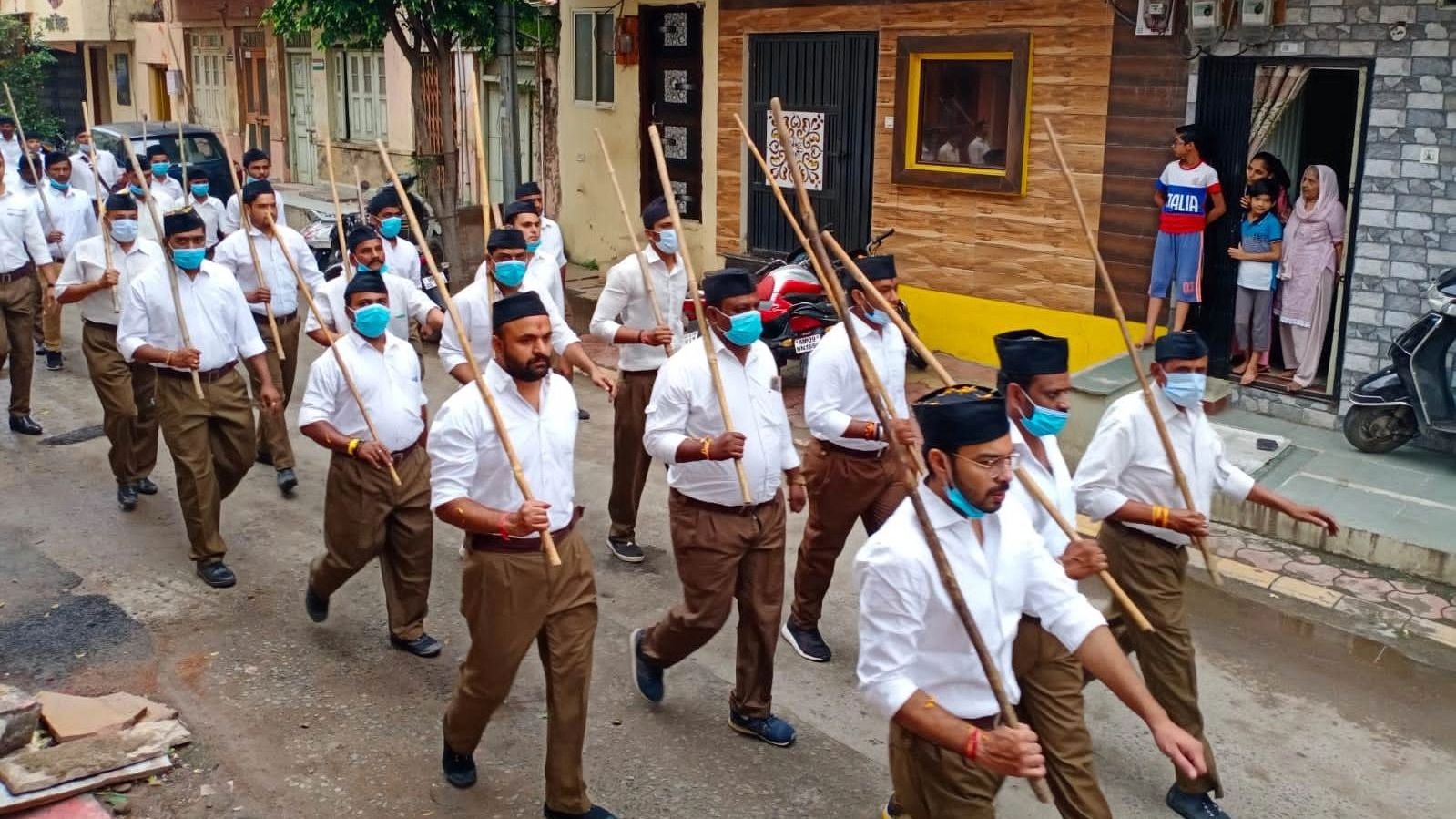 Dharwad: The Rashtriya Swayamsevak Sangh (RSS) is likely to discuss and pass a resolution on the recent violence on Hindus in Bangladesh during its three-day All India Executive Committee Meeting commencing from October 28, an RSS functionary said on Tuesday.

"We all know that recently there were large-scale attacks on Hindus and the 'Pooja Pandals' in Bangladesh during Durga Pooja. Many people were killed and injured. There were protests at many places on this issue. This topic will also be discussed during the Akhil Bharatiya Karyakari Mandal Baithak and there is a possibility of passing a resolution on this issue," Sunil Ambekar, who is the publicity in charge (Akhil Bharatiya Prachar Pramukh) of the RSS, said at a press conference here.

During the conclave, the RSS will also deliberate on its expansion programme to reach those regions where it does not have its presence yet, Ambekar said.

"The main discussion this time will also be on expanding our activities. We will review it and prepare an action plan. The qualities that will be required among our Karyakartas (volunteers) and their development will also be discussed," he said.

"The Sangh was established in 1925 and in 2025, the RSS will complete its 100 years. We have made a three-year action plan for our expansion starting from 2021 to 2024 and the work is underway. The same will be discussed in an elaborate way in the Baithak (meeting)," the RSS functionary said.

Ambekar said the Sangh has also charted out plans to deal with the possible third wave of COVID-19 and has been working on it.

There were deliberations in the Sangh for training some volunteers. A plan was mooted during the 'Prant Pracharak" meeting held in July this year.

"Already 1.5 lakh volunteers have been trained. We pray that the need for utilising these volunteers does not arise ever," he said.

The RSS also has plans to celebrate the 400th 'Prakash Varsh' of Guru Tegh Bahadur, the ninth of the 10 Sikh Gurus. It will be held in different parts of India throughout the year, he explained.

The platinum jubilee of Indian independence being celebrated as 'Azadi Ka Amrit Mahotsav' will also be discussed during the meeting. Ambekar said.

Regarding the event beginning on Thursday, Ambekar said it is organised every year in October end, whereas the Pratinidhi Sabha (highest decision making body) of the RSS takes place in March. However, due to the COVID pandemic, it was held online last year.

According to him, this will be the first 'Karyakari Baithak' with "complete presence" of its members after a year where the regional Sanghchalaks, Karyavahs, and Pracharaks are expected to participate.

"When we meet in October, we discuss about our activities in the past and our action plan for future. So a detailed discussion is likely during the Baithak," he said.