Imphal: Rashtriya Swayamsevak Sangh chief Mohan Bhagwat, on the occasion of Parakram Diwas to mark the 125th birth anniversary of Netaji Subhas Chandra Bose on Sunday, said that the freedom fighter instilled the fire of patriotism among the Indian soldiers who fought in the British Army.

Bhagwat also paid floral tributes to the great freedom fighter on his birth anniversary which the country was celebrating as Parakram Diwas.

Addressing on the occasion organised by RSS, Bhagwat said, "He learned to use arms in the British army and instilled the fire of patriotism among the Indian people who had fought in the British army." The RSS chief further said that Netaji challenged the British empire.

"He challenged the mighty English power. He had also announced independent India after coming here," he said.

Till the work on the statue is completed, a hologram statue of Netaji will be present at the same place. 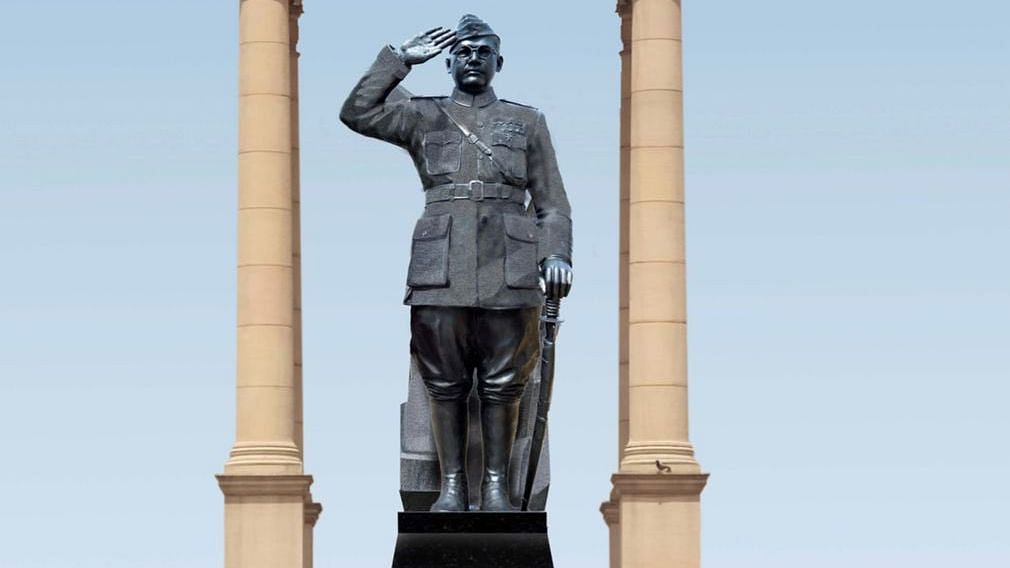