"We are seeing the active political debate, the discussions in Parliament, the protests by people who are espousing their views on that law.

Washington DC: The United States respects India's democratic institutions and will continue to observe the active political debate, parliamentary discussions, and the protests over the Citizenship (Amendment) Act 2019, a senior State Department official said on Thursday.

"We are seeing the active political debate, the discussions in Parliament, the protests by people who are espousing their views on that law. We are also fully aware that there is a judicial process that's underway," the official said. 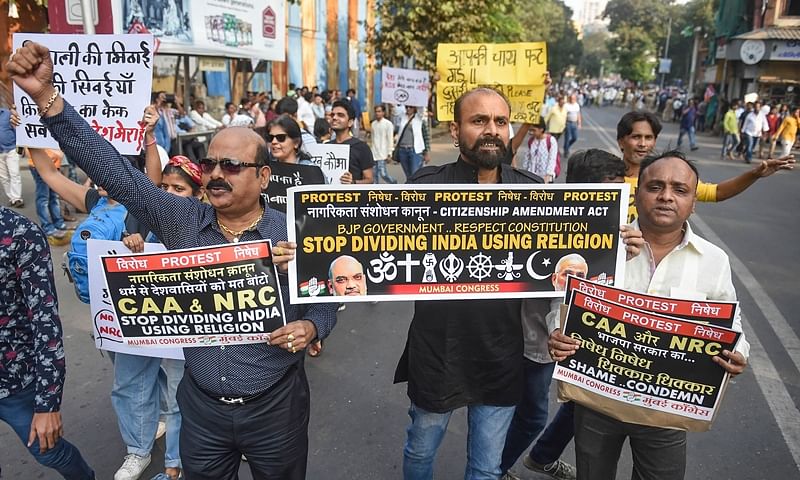 The senior State Department official said that Washington would talk to New Delhi "about the fact that as democracies, issues around minority rights, religious freedom, human rights are important pillars of democratic societies", and encourage India and the other democracies alike to adhere to those principles.

The official also said that the US recognises India as a vibrant democracy and holds regular conversations with the country "about a full range of issues".

Similar remarks were made by US Secretary of State Michael Pompeo yesterday, when he said that his country cares deeply about protecting minorities and religious rights everywhere but honours "Indian democracy as they have a robust debate" on the issue of CAA.

"We care deeply and always will about protecting minorities, protecting religious rights everywhere. We honour Indian democracy and they have a robust debate in India on the issue.

The US will be consistent in its response to these issues, not only in India but all across the world," Pompeo said during the joint presser with US Defence Secretary Mark Esper, India's External Affairs Minister S Jaishankar and Defence Minister Rajnath Singh after the 2+2 India-US ministerial dialogue.

His remarks came after being asked whether he thinks "it is appropriate for a democracy to use faith as a determining criterion for citizenship." Last week, the Indian Parliament had passed the Citizenship (Amendment) Bill, 2019 and it became an Act after receiving assent from President Ram Nath Kovind.

The Act grants Indian citizenship to refugees from Hindu, Christian, Sikh, Buddhist and Parsi communities fleeing religious persecution from Pakistan, Afghanistan and Bangladesh, and who entered India on or before December 31, 2014.

Commenting on the Kashmir issue, the senior State Department official said that Washington has spoken publicly of concerns about prolonged detentions in the region after the Indian government's decision to revoke Article 370 of the Constitution on August 5.