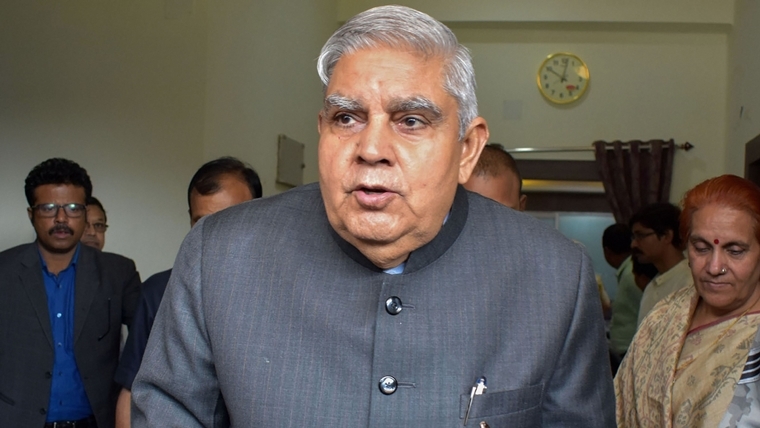 West Bengal Governor Jagdeep Dhankhar on Saturday refuted media reports that claimed that he had put his seal of approval on the Howrah Municipal Corporation (Amendment) Bill, 2021.

Taking to Twitter, the Governor’s Office said: “Reports in media that West Bengal Governor Shri Jagdeep Dhankhar has put his seal of approval on the Howrah Municipal Corporation (Amendment) Bill, 2021 are not correct. It is under consideration under Article 200 of Constitution as inputs from CM Mamata Banerjee are awaited.”

On December 11, West Bengal Governor Jagdeep Dhankhar accused the Mamata Banerjee-led government of not providing information he sought on Howrah Municipal Corporation amendment bill sent to him for his assent.

The Howrah Municipal Corporation (Amendment) Bill, 2021 that proposed to separate Bally Municipality from the jurisdiction of the HMC, was passed by the state assembly recently.

The governor also alleged that assembly Speaker Biman Banerjee blamed him for not signing the bill and withholding it, which he termed as "unfortunate".

"I had sought information on the bill on November 24, but since then I have not received that. The assembly speaker chose to blame me for not signing the bill and withholding it. His comment is unfortunate. I urge him to maintain dignity of the chair," Dhankhar said after visiting Padma Shri awardee cartoonist Narayan Debnath at his residence in Howrah.