Chennai: Former IPS officer Ravindra Narayan Ravi was on Saturday sworn-in as the Governor of Tamil Nadu, succeeding Banwarilal Purohit who has since been shifted to Punjab.

Chief Justice of the Madras High Court, Sanjib Banerjee administered the oath of office to Ravi at an official ceremony held at the Raj Bhavan here.

Chief Minister M K Stalin, his cabinet colleagues, Leader of Opposition K Palaniswami and others participated in the swearing-in. The swearing-in ceremony was over within seven minutes.

President Ram Nath Kovind had last week appointed Ravi, a former IPS officer, as the governor of the state, shifting him from Nagaland.

After the swearing-in, Stalin introduced state Assembly Speaker M Appavu and his cabinet colleagues to Ravi.

Later speaking to reporters Ravi expressed his happiness on becoming the Governor of Tamil Nadu having rich culture and tradition.

Ravi said he would follow the Constitution in performing his duties and would work for the development of people.

Who is Ravindra Narayan Ravi

Retired IPS officer Ravindra Narayan Ravi (69) is the former Governor of Nagaland was appointed by the NDA government under Prime Minister Narendra Modi as the interlocutor for peace talks with Nagas in 2014 and the Deputy National Security Advisor in 2018. He was posted as Governor of Nagaland in 2019.

Ravi was earlier appointed as the Centre's Interlocutor for the Naga peace talks. Ravi has to his credit bringing the insurgent groups hostile towards India to the negotiating table, as per a Times of India report. The Nagaland Peace Accord between Naga's and Indian government was achieved during his stint in August 2015.

A note from the Raj Bhavan said Ravi “continues to discharge” his responsibility as the Union government’s interlocutor for the Naga peace talks. He was appointed as the Deputy National Security Adviser in October 2018, as per a report by The Hindu.

Born in Patna, Bihar, Ravi joined the IPS in 1976 and served in Kerala initially. He was shifted to the CBI and the Intelligence Bureau. He had also served as the Chairman of the Joint Intelligence Committee in the Prime Ministers Office.

Ravi has specialised in the dynamics of human migration in South Asia and had worked extensively on the political sociology of the border population. He had also coordinated with various Central agencies to meet the intelligence needs of the country. 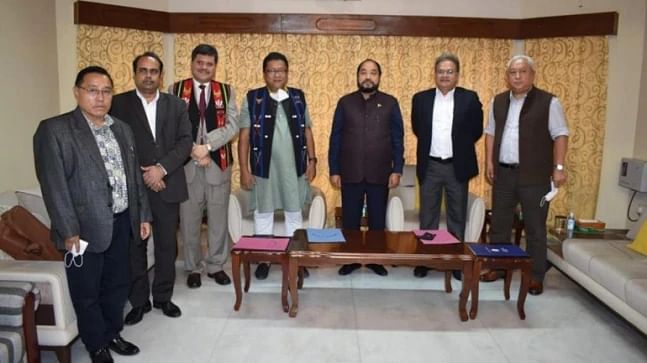