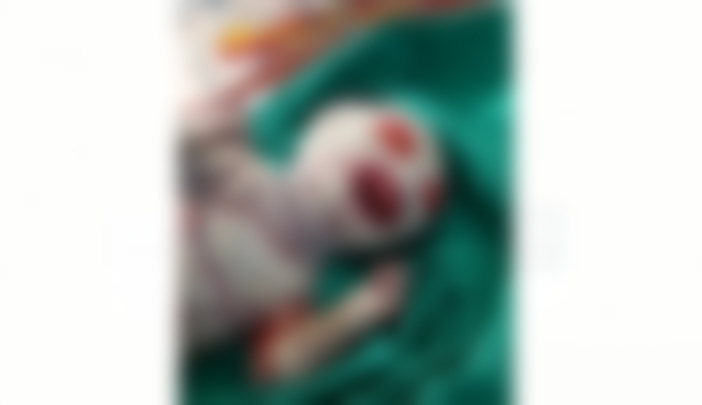 In a rather heart-wrenching tale, a baby was born in West Bengal's Howrah recently with an extremely rare genetic disorder that results in thickened skin forming over nearly the entire body at birth. Known as harlequin ichthyosis, the disease sees the skin form large diamond-shaped plates across the body. These are separated by deep cracks.

In the case of this particular newborn, the body development has been hindered, leading to the child not having developed eyes or a nose. Gynecologist Dr Kamal who is associated with the case said that attempts to feed the baby using a nasogastric tube had not been successful. "This baby has multiple congenital anomalies," she said somberly.

Without divulging details about the mother, Dr Kamal said that this was the woman's fifth pregnancy. She had previously had three children, and had also suffered a miscarriage. "She came to me in the 9th month of pregnancy with a stomach ache and her stomach was very swollen," she says, adding that nothing had been detected during the scans.

"We found that there was a bag surrounding the amniotic bag. At the time we thought that they were organised clots," she says, adding that the doctors had also suspected that it was a chorioamniotic separation.

Previous cases have been reported in Delhi, Patna and Maharashtra's Nagpur, she added. What is Kawasaki disease, the rare condition with reported links to COVID-19 that is affecting...