Rajasthan: Uproar in Congress over Rajya Sabha list for including more 'outsiders'

The selection of Congress candidates for Rajya Sabha from the Rajasthan Cabinet is now being questioned by its supporters and workers as the grand old party could not find even a single candidate to represent the state in the Upper House.

All three candidates, Mukul Vasnik, Randeep Singh Surjewala and Pramod Tiwari, are ‘outsiders’, and if elected, the Congress will have six Rajya Sabha MPs from Rajashtan while five of them will be from other states. Former PM Manmohan Singh and Congress general secretary KC Venugopal are the two representatives from Rajasthan.

The voice of dissent started emerging after the RS candidates were announced earlier in the day by the party high command. Questioning the decision, Sanyam Lodha, advisor to Rajasthan CM Ashok Gehlot, in a tweet, asked, "the Congress party should tell what is the reason for not nominating any Congress leader or worker from Rajasthan in the Rajayasabha election?"

It is to mention here that Lodha is an independent MLA who is supporting the Congress government along with 12 other independent MLAs. Notably, the party need their votes to win the third seat as the party is short of 15 votes for this seat and this dissent can cost the party another one.

Besides Lodha, former minister and veteran Congress MLA Bharat Singh has also objected to the choice of candidates and has written to CM Gehlot. Questioning the senior leaders, Singh said, "these leaders are afraid of contesting Assembly and Loksabha elections and want to remain in politics through Rajyasabha."

The grassroots workers are also disappointed with the candidates. "There are hundreds of leaders who are working for the party with full commitment for years but not getting an opportunity. These kinds of decisions make workers feel disappointed," said Varun Purohit, a former office-bearer of the party.

It is a general practice in Rajasthan to give one Rajya Sabha seat to the party high command, but this is for the first time that all three seats have been given to the high command.

The sources in the party said that this decision is being taken as a 'playing safe' strategy by Congress. CM Gehlot was under pressure from various groups, especially from tribals. Some of the party MLAs and even his ministers had targeted the functioning of the bureaucracy in the state, so it was better to play safe and throw the bowl in the high command’s court.

On the other hand, the opposition BJP has fielded veteran party leader Ghanshyam Tiwari. He is a known anti-Vasundhara Raje leader who even left the party on differences with the former state chief minister. Tiwari not only formed his party but even joined Congress for some time after the 2018 assembly elections.

Despite all this, the BJP chose Tiwari and this is being taken as a clear message to Raje and her loyalists that the state unit of the party is coming out under Raje’s influence.

Though there are reports that Vasundhara Raje was the first leader to congratulate Tiwari by calling him. Tiwari denies any differences with Raje and has said, "we have a good relationship and my candidature should not be taken as a defeat or win of any group. This is a unanimous decision of the party." 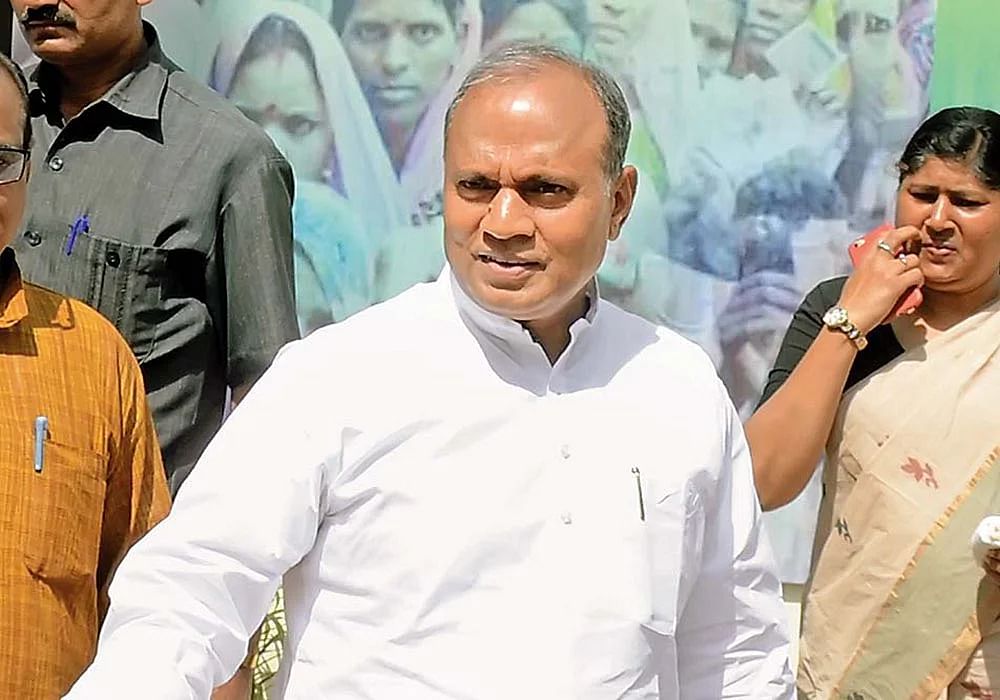 HomeIndiaRajasthan: Uproar in Congress over Rajya Sabha list for including more 'outsiders'