The police said that the accused Mukesh (24) is a resident of Nalodhar village of Banaskantha, Gujarat.

In a brutally shocking incident, an unemployed father killed his 11-month-old son by throwing him into the Narmada canal in Rajasthan's Sanchore. The police have arrested the accused father and recovered the body of the child from the canal in Tetrol, 20 km away from the spot of the incident.

The police said that the accused Mukesh (24) is a resident of Nalodhar village of Banaskantha, Gujarat. He got married two years back and was unemployed for the last seven months.

"Mukesh took food at Ram Rasoda set up for Ramdevra pilgrims in Siddheshwar (Sanchore) village and told her wife that he is going to his parents to leave the son with them for some time. Then around 200 meters away he threw the son into the canal," ASI Raju Singh of Sanchore police station said on Thursday.

Kana Ram, a police volunteer, saw the incident and informed the local police following which he was arrested.

During the interrogation, Mukesh told the police that he was living in Ahmedabad with his wife and was working as a security guard, but lost the job about seven months ago.

Troubled by the financial constraints, he had planned to commit suicide by jumping into the pond of Kankaria (Ahmedabad) along with the family, but due to the movement of people there, he could not do so. "Due to unemployment I have nothing to feed the child, so thrown him in the canal," said Mukesh to the police.

ASI Raju Singh said, "after the confession of the accused, the police recovered the body of the child from the canal in Tetrol, 20 km from Siddheshwar, at around 5 pm on Friday and after post-mortem, got him cremated with the help of the municipality." 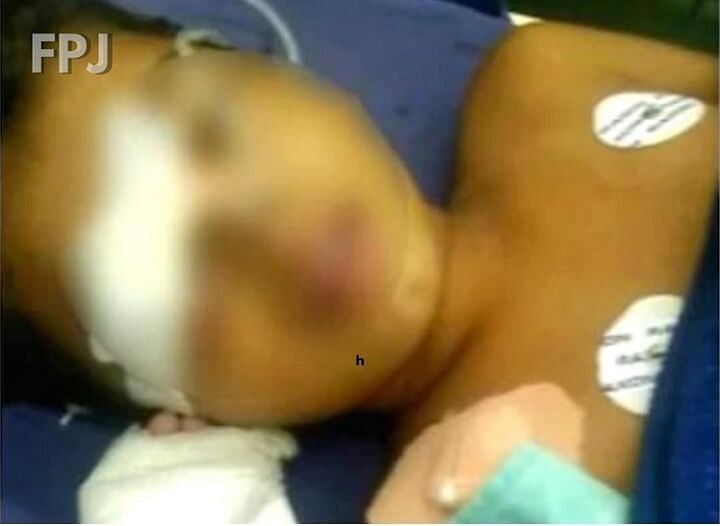