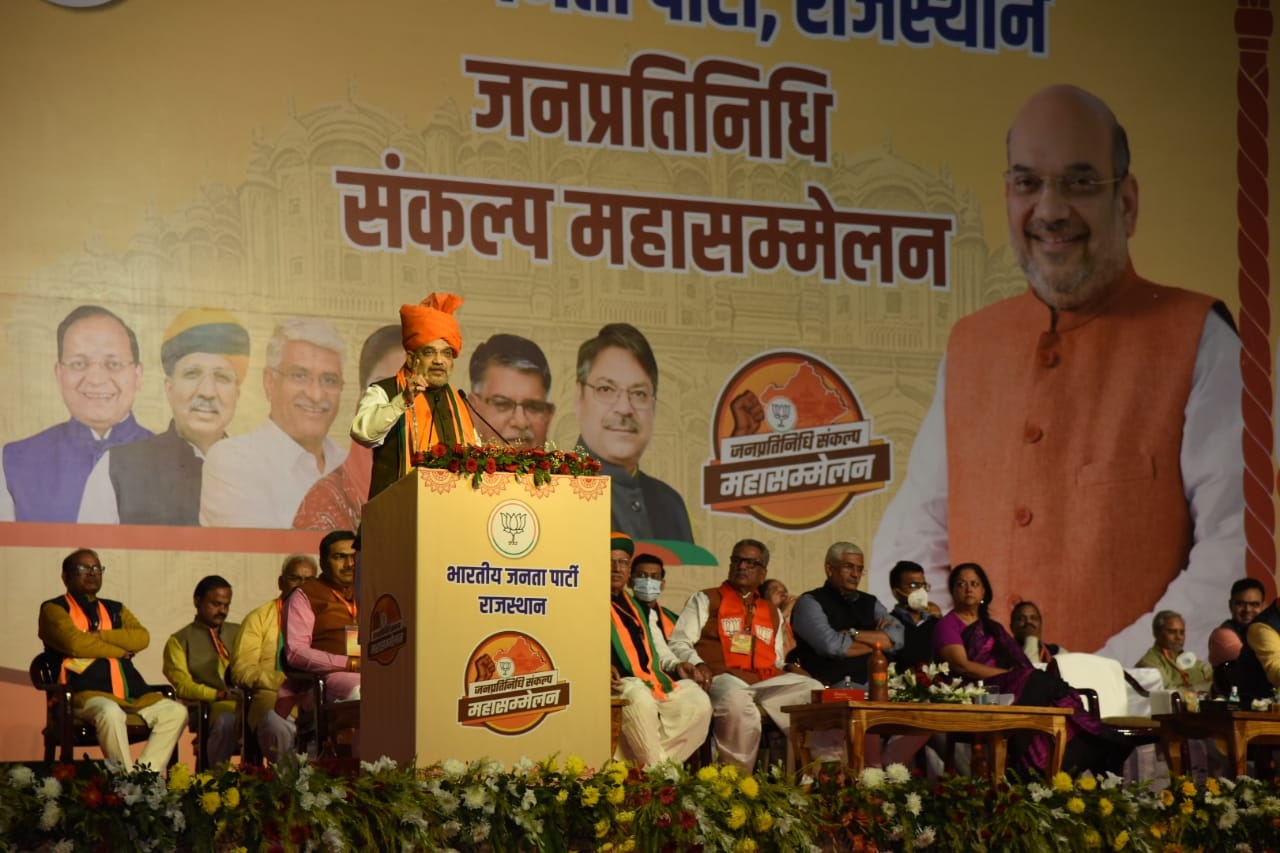 Jaipur: The Union home minister Amit Shah has given a clear message to the state unit of Bhartiya Janata Party (BJP), which is seen divided into camps that party says BJP will win two-third majority in the state in next elections.

Addressing the workers and elected representatives of the party in Jaipur on Sunday Shah said, "We want a thumping two-third majority government in the state as the central government in the leadership of Narendra Modi has fulfilled every promise made to the public".

Shah also attacked the Rajasthan CM Ashok Gehlot and said, "The CM is worried for his government but I can assure that no one will topple his government. We will go to the public and will make our government with the strong support of the people". He continued that Gehlot should take care of his MLAs and stop going to UP and Gujrat.

Shah also challenged Gehlot and said, "If Gehlot thinks that his government is doing good then he should announce the elections with Uttar Pradesh. He will realize where he stands".

It is to note that the factionalism in Rajasthan BJP is coming to the fore time and again. Former CM Vasundhra Raje show her strength with her Dev Darshan Yatra in the Udaipur division recently where the party had faced a miserable defeat in by-elections of two assembly seats a few days before the yatra.

Looking at this the visit of Amit Shah was considered important to give a message of unity and morale-boosting of the workers.

In his address to the state executive council of the party Shah clearly said that no leader is above the organization and it is the strength of the organization that matters for the party. he also clarified that the party will go in elections with the work and face of the central government.

Before this Shah was given a grand welcome by the party workers upon reaching Jaipur from Jaisalmer where he attended the Rising Day ceremony of BSF.