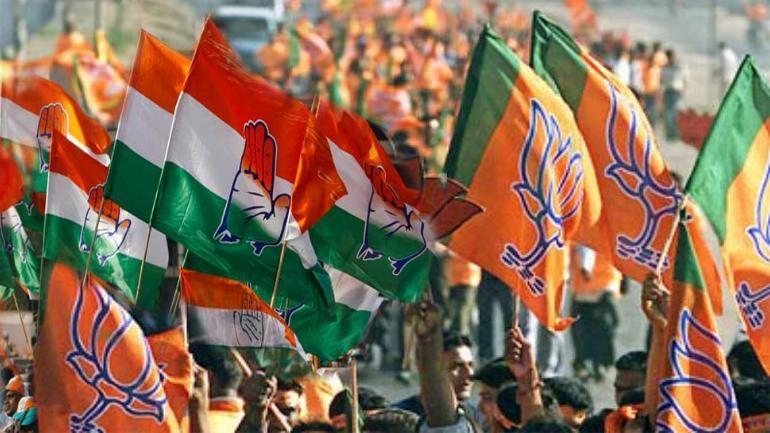 Jaipur: Amid increasing cases of Covid-19 in Rajasthan, Jaipur will witness two big political events on the next two Sundays. The Union Home Minister Amit Shah will be in Jaipur on December 5 to address party workers and elected representatives of the party. While Congress has shifted its protest against inflation from Delhi to Jaipur and a big rally is expected in the city on December 12.

The COVID-19 cases are on the rise in Rajasthan as the active cases have crossed the 200 mark on Wednesday and around 15-20 cases are being reported every single day after Diwali.

The worst affected is Jaipur as 115 active cases out of a total of 203 cases of the state are in Jaipur alone. The political events of both BJP and Congress will be held in Jaipur.

BJP will hold its two-day state executive committee meeting and meeting of elected representatives in a convention centre situated in the industrial area of the city. The party has planned a grand welcome of Amit Shah from the airport to the venue of the event and expecting about 40000 people for the roadshow and another 10000 people are expected in both the meetings.

Party spokesperson Ramlal Sharma said, "Our event is for limited people and will be held in a covered place where it will be easy for us to follow the Covid-19 protocol and we have asked party workers for this".

While the venue of the Congress rally is yet to be decided. Party general secretary organization KC Venugopal and in-charge of Rajasthan Ajai Maken will reach Jaipur on Friday to finalize the venue of the rally. The rally is going be a big event as all senior party leaders will attend this and party is expecting more than 1 lakh people in the rally.

The event was planned in Delhi but Delhi police denied the permission it has been shifted to Jaipur.

The party spokesperson RC Choudhary said, "The Central government has forced us to raise the issue of inflation at this crucial time of the pandemic. We understand the challenge and take all measures to follow the Covid protocol."

Meanwhile, senior Pulmonologist Dr Virendra Singh said, "Such big events should be avoided at this crucial time as the cases are increasing but if it is not possible then it should be held in open space".

Rajasthan government introduces ‘Back To Work’ scheme for women who quit jobs due to family...