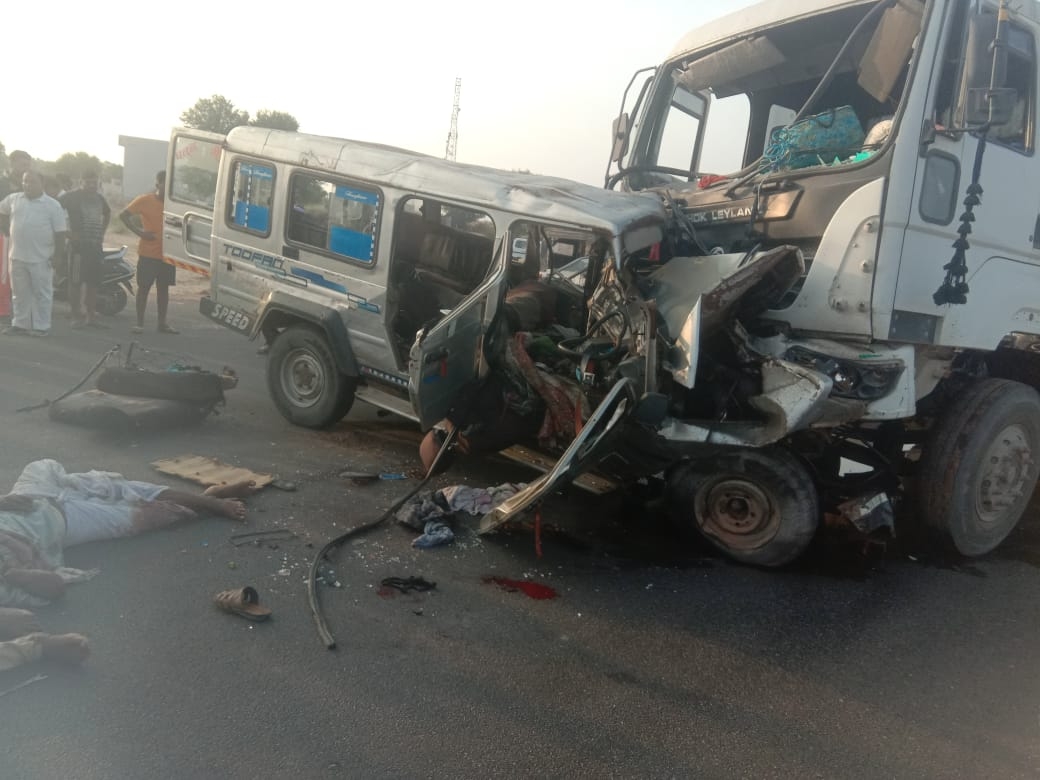 Jaipur: Twelve people were killed and six others injured in a road accident on Tuesday morning in Rajasthan. The accident took place near Balaji town on the Bikaner-Jodhpur highway in Nagour district where a truck and an overloaded Jeep collided.

The collision was so fierce that 8 people died on the spot and 3 lost their lives while being taken to the hospital. One more succumbed during treatment. Eight of the 12 killed were women. The injured are getting their treatment in the hospitals of Nokha and Bikaner.

According to police, all the passengers travelling in the jeep were residents of Sajjan Kheda and Daulatpur village of Ujjain district in Madhya Pradesh. The victims were returning from the Ramdeora temple in Pokhran. Their jeep collided head-on with a truck while attempting to overtake a vehicle in Nagaur district.

One of the injured Gopal said that most of the passengers are of Sajjan Kheda, while some are from Ujjain. All are from different families. He told that we had travelled overnight and took rest in the morning at a roadside hotel. "When we left from there a truck came in front of our jeep and hit the driver side", Gopal said.

Police have informed the families of the deceased and injured in MP.

Prime Minister Narendra Modi and Rajasthan chief minister Ashok Gehlot expressed their grief over the mishap. PM Modi has announced an ex-gratia of Rs 2 Lakh each from PMNRF for the next of kin of deceased and injured would be given Rs 5000.

CM Gehlot had tweeted “The death of pilgrims returning to MP in a horrific road accident in Sri Balaji area of Nagaur is extremely sad. My condolences to the bereaved families, may God give them strength in this difficult time and may the soul of the departed rest in peace. Praying for the speedy recovery of the injured".