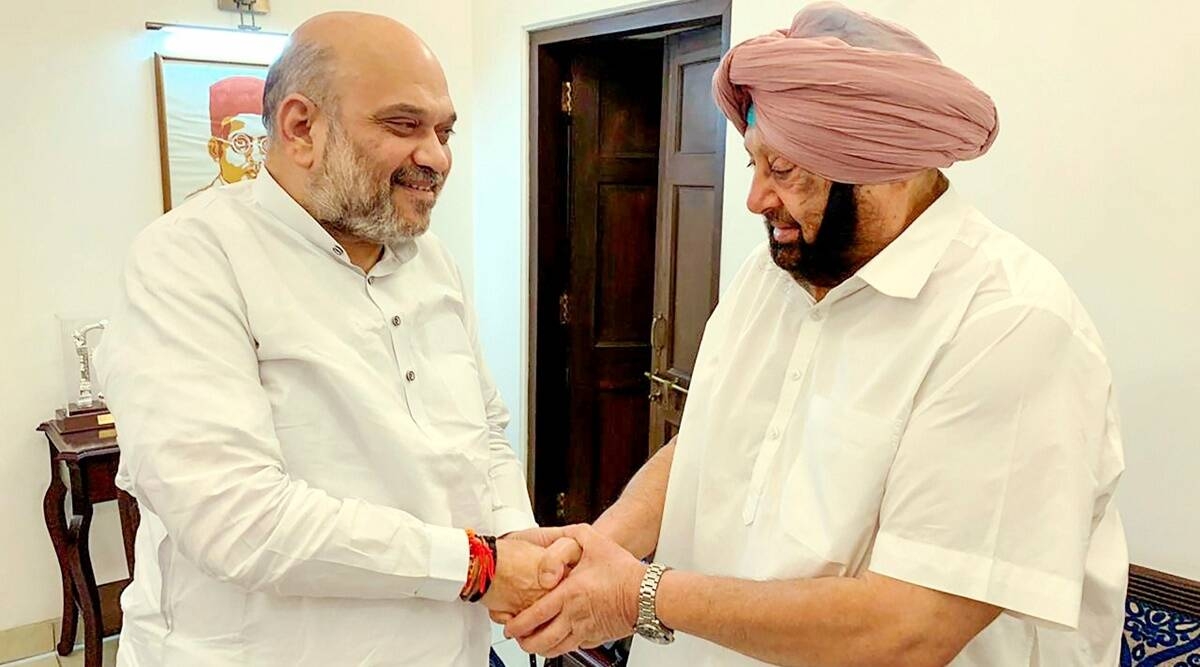 Former Punjab Chief Minister Amarinder Singh on Monday said his party will form the next government in the state along with the BJP and a breakaway Akali faction as he held a surprise meeting with Haryana CM Manohar Lal Khattar. Amarinder described his meeting with the Haryana CM a courtesy call.

“There was no political development. I had a very nice cup of coffee with the chief minister,” said the former Punjab CM after meeting Khattar, a senior BJP leader. However, when asked whether “big faces” will join his party Punjab Lok Congress ahead of the Assembly elections, he said, “Wait for the time. Everything is going fine. People are very upbeat and our membership drive is going good. God willing, we and with our seat adjustment with the BJP and with Mr (Sukhdev Singh) Dhindsa’s party (SAD Sanyukt), we will form the government,” he said.

Amarinder had quit the Congress following his resignation as the Punjab CM after a bitter power tussle with state Congress chief Navjot Singh Sidhu. His meeting with Khattar came on a day when a bill to repeal the three contentious laws, against which farmers have been protesting for over a year, was passed by Parliament.

Asked if he will meet BJP leaders for a seat sharing arrangement for the Punjab elections, the former Punjab CM said he will go to Delhi and certainly call on them.

Replying to a question on the farm laws, he said, “Everything is now over. The three bills (laws) have been repealed by Parliament.” The former CM said the Centre has agreed to other six to seven issues raised by farmers. “So, there is no issue left,” said Amarinder.