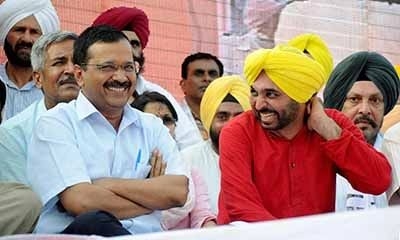 New Delhi: AAP national convenor Arvind Kejriwal has a dial-a-choice trump card up his sleeve to address the bickering over the party’s CM nominee.

Even as he ruled himself out of the race for the CM’s post in Punjab and indicated that his preference would be Mann, Kejriwal left the final choice to the masses saying that the name of the candidate for the top post will be announced after getting people’s feedback.

Keen to underscore that he means business, in the presence of Mann and senior party leader Raghav Chadha, Kejriwal launched a mobile number -- 7074870748 -- on which people can give their feedback till 5 pm on January 17 on who is their nominee.

In June Last year, he had announced that the Aam Aadmi Party's (AAP) chief ministerial candidate would be from the Sikh community.

Kejriwal said though Mann is his choice for the top post, the latter insisted that the people of Punjab should take the decision and it should not be imposed on them.

"Bhagwant Mann is my younger brother. I had said he should be made the chief minister, but he said people should be asked first. He said the practice of deciding the name in a closed-door meeting should be stopped," he told reporters here.

Kejriwal said this is probably the first time in independent India that a political party is asking the voters who should be its chief ministerial face.

"My personal choice is not important. The name chosen by the people of Punjab will be announced as the party's chief ministerial nominee," he added.

The AAP is gung-ho after pre-poll surveys conducted by some "television channels and other media outlets" predicted that the party will get close to 60 seats in the 117-member Punjab Assembly and emerge as the single-largest party in the state.

In the 2017 assembly election, the Congress party won 77 of the 117 constituencies. AAP had emerged second, securing 20 seats. The Akali Dal had won 15 seats and its estranged alliance partner BJP had won three.

The other three parties are yet to name their chief ministerial nominees. 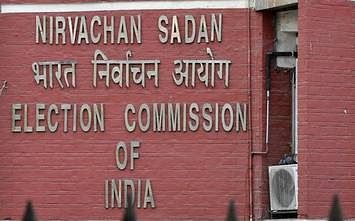