The Delhi Police have maintained a studied silence on the investigation into the riots.
SANJEEV KUMAR SINGH CHAUHAN 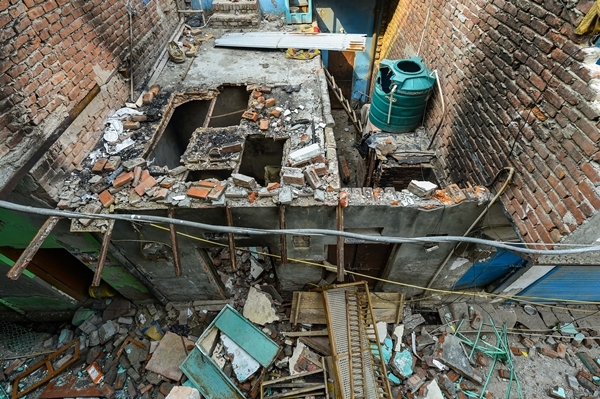 New Delhi: The Delhi Police have begun an extensive probe into the riots that took place in the northeast areas last week, registering 335 FIRs out of which 40 are related to murder and arresting more than a thousand people.

The Delhi Police have maintained a studied silence on the investigation into the riots. Arvind Kejriwal announces Rs 1 crore compensation for kin of Ankit Sharma who was killed during...

However, even after multiple raids, the police have not been able to nab Shahrukh who brandished a pistol in front of Delhi Police head constable Deepak Dahia and AAP corporator Tahir Hussain from whose house acid pouches, stones and slingshots were recovered.

The toll in the riots in northeast Delhi that took place last week has risen to 45 with four more bodies brought to Ram Manohar Lohia hospital.

According to sources, some concerned citizens are planning to approach the court to seek a probe into the role of the police in fanning violence.