Even as the Telangana Rashtra Samithi (TRS) has confirmed that it has signed a deal with Indian Political Action Committee (I-PAC) founded by the election strategist Prashant Kishore, Telangana Min KT Rama Rao on Monday, said the political strategist himself hasn't said whether he will be joining Congress.

Rama Rao who is also TRS' working president yesterday confirmed that the TRS is working with I-PAC but claimed that this has nothing to do with Kishor. KTR, however, said the TRS will win elections on its own and I-PAC will just supplement it.

Mr Rao said he has not met Prashant for the first time but has met him several times in 5 yrs. "Every party in India is working with one or the other strategist," Rama Rao added.

"We too are doing it because our party is celebrating its 21st foundation day," Rama Rao said further.

"We're also looking at the new generation in the age group of 18-35 yrs - how do we reach them? Sometimes, an objective outsider opinion is needed after being in power for 2 consecutive terms," the TRS leader explained.

Not meeting Prashant Kishor for the 1st time,met him several times in 5 yrs. You say he's joining Congress, he himself hasn't said it.Every party in India is working with one or the other strategist: Telangana Min KT Rama Rao on Prashant Kishor's I-PAC to officially work with TRS pic.twitter.com/23AGrvVP7e

Further he also said that today there is no party in India that can call itself a national party. "If you look at BJP, it is present in only one state in the South. If you consider Congress a national party, we know its condition in UP and other states," he added.

"I think there is no national party in India. BJP is a North Indian party, Congress is confined to a few states," Rao said.

When asked if TRS would be working with Congress for Lok Sabha elections, Rama Rao said, "I am not an astrologer to say what will happen six months from now."

He said that the TRS plenary to be held on April 27 to mark 21st foundation day of the party will decide its approach to national-level politics and its stand on national issues. The day-long plenary will also decide how to win elections in Telangana for the third time.

On anti-incumbency, KTR said that it is extremely natural. He said any government which is in power will have to go through it and it is not just confined to the TRS. He was confident that people will give a fresh mandate to the TRS on the basis of the governance it provided during the last 8-9 years and what it delivered. 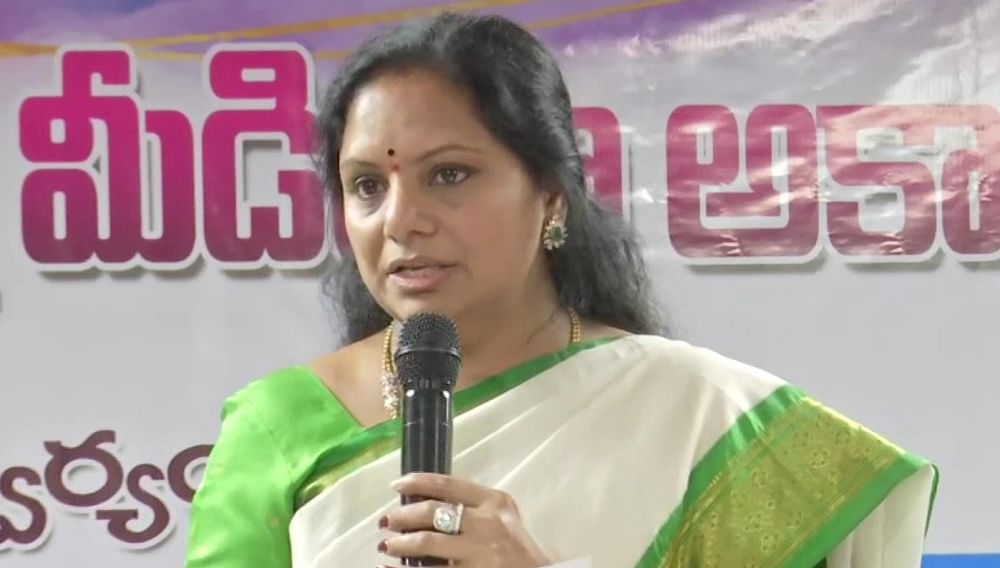 Telangana only state to have given accreditation to 18,000 journalists: TRS MLC K Kavitha