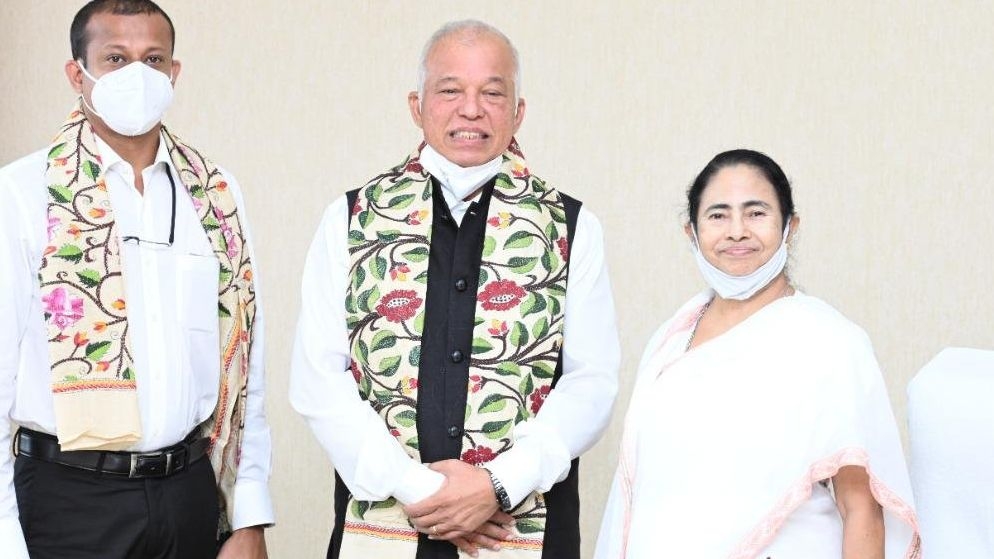 A day after former Goa chief minister Minister Luizinho Faleiro joined Trinamool Congress, the veteran leader revealed that it was political strategist Prashant Kishor and his group IPAC who approached him to switch to Mamata Banerjee's party. According to a NDTV report, the former Goa CM said, "it was a very, very difficult decision for me to leave congress party but finally in the interest of Goa and in the interest of the country, to defeat the BJP, this is the only way for me to go forward and even now I am looking forward for help from IPAC members."

Faleiro joined the TMC on Wednesday in Kolkata along with nine other leaders.

Further talking to NDTV, he told, "believe it or not I never met them (Mamata Banerjee and Abhishek Banerjee). They are great leaders They are not great leaders of Trinamool but great national leaders. But I did not meet them. I met IPAC, I met Mr Prashant Kishor of IPAC. I met him. Just before I took the decision, we had the interaction." Meanwhile, the ex-Congress leader also said that the Mamata Banerjee-led party plans to contest all 40 seats in the next year's Goa Assembly polls on its own, without forging any alliance. Talking to reporters during a press conference here, the former Goa chief minister also said TMC supremo Mamata Banerjee would visit the state once the ongoing 15-day 'pitru paksh' period, which is considered inauspicious for launching new projects, gets over.

When asked if the TMC plans to forge an alliance, he said, "We are going to go all alone." It is possible for the TMC to win the upcoming elections in Goa although the time left for the polls was very short, he added. The elections are due in February.

Faleiro attacked the Congress saying that the party never wanted to form a government in Goa and therefore it did not stake claim for it despite emerging as the single largest party after the 2017 elections.

In the last Assembly polls, the Congress had won the highest number of 17 seats, restricting the BJP to 13 seats. However, surprising the Congress, the saffron party allied with regional parties and formed government under the leadership of senior leader Manohar Parrikar. 'If Congress isn't doing anything, we can't be sitting ducks': Abhishek Banerjee after ex-Goa CM...