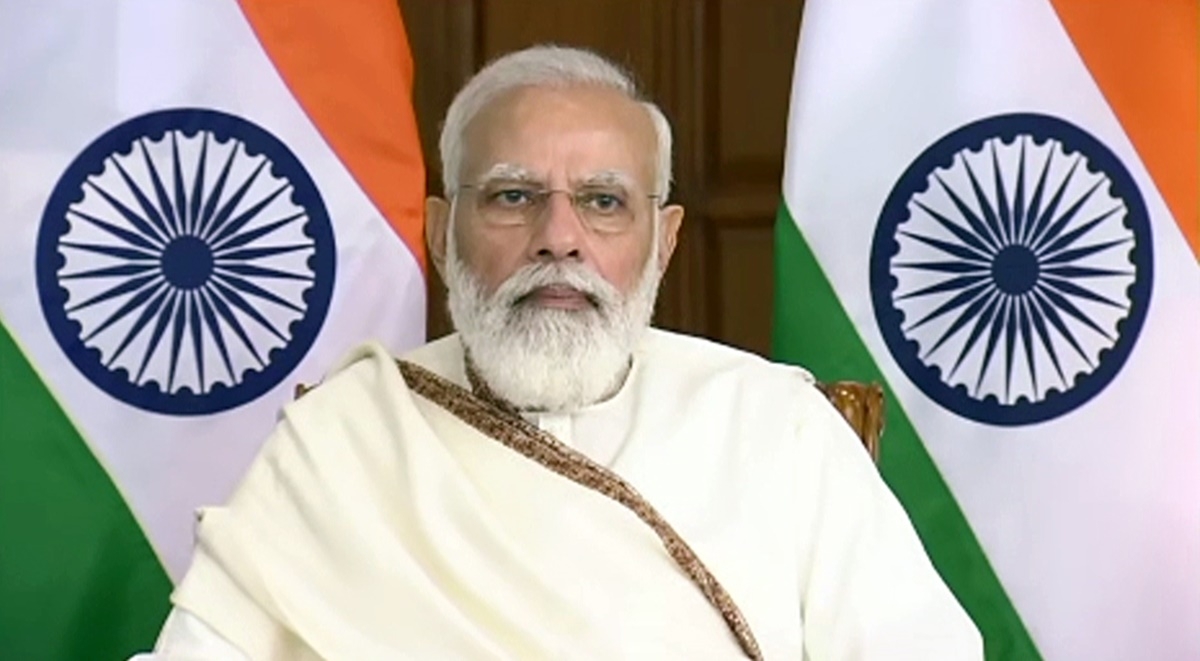 Glasgow: Prime Minister Narendra Modi will be presenting the formal position on India's climate action agenda and lay out the best practices and achievements in the sector at the COP26 summit in Glasgow on Monday.

"Landed in Glasgow. Will be joining the COP26 Summit, where I look forward to working with other world leaders on mitigating climate change and articulating India's efforts in this regard," Modi said on Twitter soon after he landed here from the G20 Summit in Rome on Sunday night.

Modi was received to the notes of Scottish bagpipes as he arrived at his hotel in Glasgow, where he was greeted by a large group of Indian diaspora representatives with chants of "Bharat Mata Ki Jai".

On Monday morning, he is scheduled to hold a meet and greet with around 45 Indian diaspora representatives from Glasgow and Edinburgh, including prominent medics, academics and business people.

He will then proceed for the opening ceremony of day one of the World Leaders' Summit of the 26th Conference of Parties (COP26) to the United Nations Framework Convention on Climate Change (UNFCCC), being held at the Scottish Event Campus (SEC) in Glasgow.

Modi's bilateral meeting with his British counterpart Boris Johnson is expected to take place soon after Monday's opening ceremony, which will include cultural performances and a speech by Johnson. Johnson has said the summit will be the "world's moment of truth" and has urged world leaders to make the most of it.

"The question everyone is asking is whether we seize this moment or let it slip away," he said, ahead of the two-week conference.

According to official sources, the Johnson-Modi talks are expected to be quite brief and will focus on the UK-India climate partnership as well as a stock-take of the 2030 Roadmap for stronger UK-India Strategic Partnership - signed by the two leaders during a virtual summit in May this year. Modi is expected to reiterate his invitation for Johnson to visit India.

"Both governments remain committed to the implementation of the Roadmap, within prescribed timelines. Accordingly, we are looking to launch negotiations in November 2021 for an Interim Agreement to be signed in March 2022 and eventually a comprehensive agreement, if all goes according to schedule, by November 2022," India's High Commissioner to the UK, Gaitri Issar Kumar, said ahead of the prime ministerial talks.

It would be the first in-person meeting between Modi and Johnson following the latter's twice cancelled visit to India earlier this year due to the COVID-19 pandemic. The bilateral meeting will be followed by a leader-level COP26 event entitled Action and Solidarity: The Critical Decade, for which the UK has extended a special invitation for Modi to deliver an address on the subject of "adaptation".

"India is among the top countries in the world in terms of installed renewable energy, wind and solar energy capacity. At the WLS, I will share India's excellent track record on climate action and our achievements," Modi said in a statement ahead of the summit.

"I will also highlight the need to comprehensively address climate change issues including equitable distribution of carbon space, support for mitigation and adaptation and resilience building measures, mobilisation of finance, technology transfer and importance of sustainable lifestyles for green and inclusive growth," he said.

At the end of day one of the World Leaders' Summit on Monday, Modi will join more than 120 Heads of Government and Heads of State at a special VVIP reception at Kelvingrove Art Gallery and Museum - one of Scotland's most popular visitor attractions.

The reception will also involve members of the royal family, including Prince Charles and wife Camilla and Prince William and wife Kate Middleton. Queen Elizabeth II was due to attend this special reception but pulled out last week after a medical advice against travel. 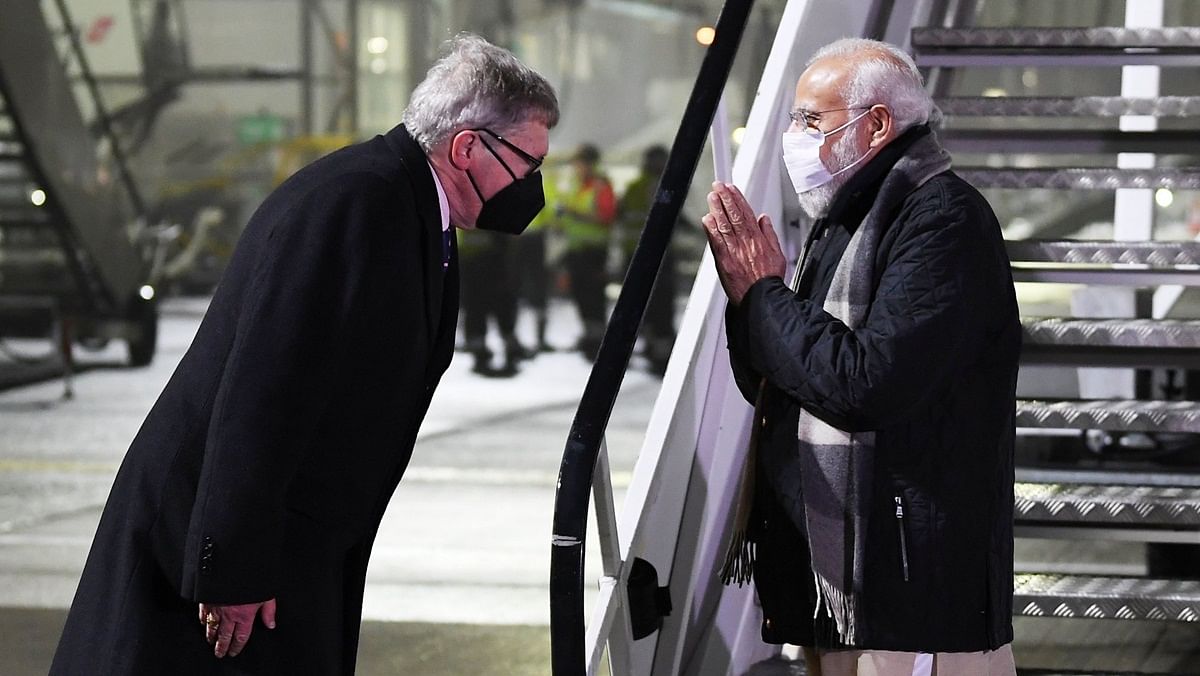