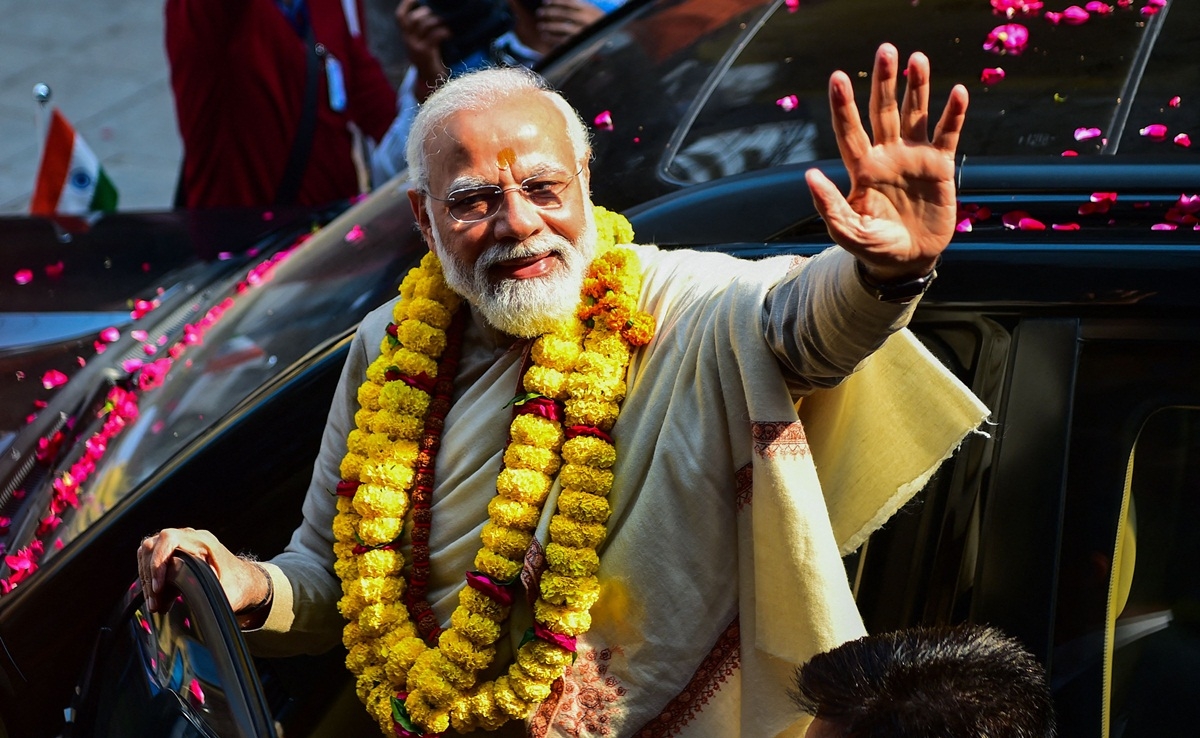 Varanasi (Uttar Pradesh): Prime Minister Narendra Modi will participate in a conclave of Chief Ministers from 12 BJP-ruled states and also attend the 98th-anniversary celebration of Sadguru Sadafaldeo Vihangam Yog Sansthan on the second day of his Varanasi visit today.

According to Prime Minister's Office (PMO), at around 3:30 PM, PM Modi will attend the 98th-anniversary celebrations of Sadguru Sadafaldeo Vihangam Yog Sansthan at Swarved Mahamandir in Varanasi.

The conclave will provide an opportunity to share governance-related best practices and is in line with the Prime Minister's vision of furthering team India spirit, the PMO said.

PM Modi is currently on a two-day visit to his parliamentary constituency Varanasi. On the first day of his visit, he inaugurated phase 1 of the newly-constructed Kashi Vishwanath Dham at a cost of around Rs 339 crores.

After reaching Varanasi at around 11 am on Monday, the Prime Minister started his day by offering prayers at Kaal Bhairav temple. He then took a cruise boat from Khirkiya Ghat to Lalita Ghat to visit the Kashi Vishwanath temple and also took a holy dip in the Ganges.

Later, the Prime Minister inaugurated the ambitious project of Kashi Vishwanath Dham. He along with Uttar Pradesh Chief Minister Yogi Adityanath had lunch with the workers involved in the construction work of the Kashi Vishwanath Dham Corridor. Later in the day, the PM took a boat ride from Lalita Ghat to Ravidas Ghat, where he was scheduled to take part in the Ganga aarti. Upon reaching, the Prime Minister boarded Vivekanand Cruise. He was accompanied by Adityanath, other chief ministers, deputy chief ministers of BJP ruled states and top BJP leaders.The ghat was illuminated with several thousands of earthen lamps, lights and floral arrangements.The Prime Minister also witnessed 'Ganga Aarti' on the banks of the Ganges.

Later, PM Modi chaired a meeting with the BJP Chief Ministers and Deputy chief ministers which went on for six hours. After the meet, he inspected key development works in Varanasi and visited the Banaras railway station.