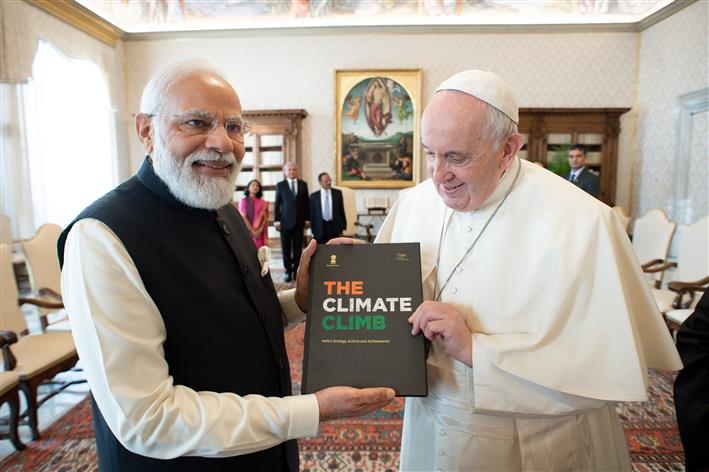 Prime Minister Narendra Modi gifted a specially-made silver candelabra and a book on India's climate initiatives to Pope Francis on Saturday as they held their first one-to-one meeting here. Modi explained to the 84-year-old Pontiff that the candelabra was specially made and the book is on climate change, an issue close to the Pope.

According to the Vatican News, the Prime Minister gifted the head of the Roman Catholic church a specially-made silver candelabra and a book, The Climate Climb: India's strategy, actions and achievements" during their meeting which lasted for an hour.

The Pope reciprocated with a bronze plaque with the inscription The desert will become a garden, volumes of papal documents, his message for World Day of Peace and the document on Human Fraternity, signed on February 4 of 2019 in Abu Dhabi by the Pope and the Grand Imam of Al-Azhar, it said.

India and The Holy See have friendly relations dating back to the establishment of diplomatic relations in 1948. India is home to the second largest Catholic population in Asia. 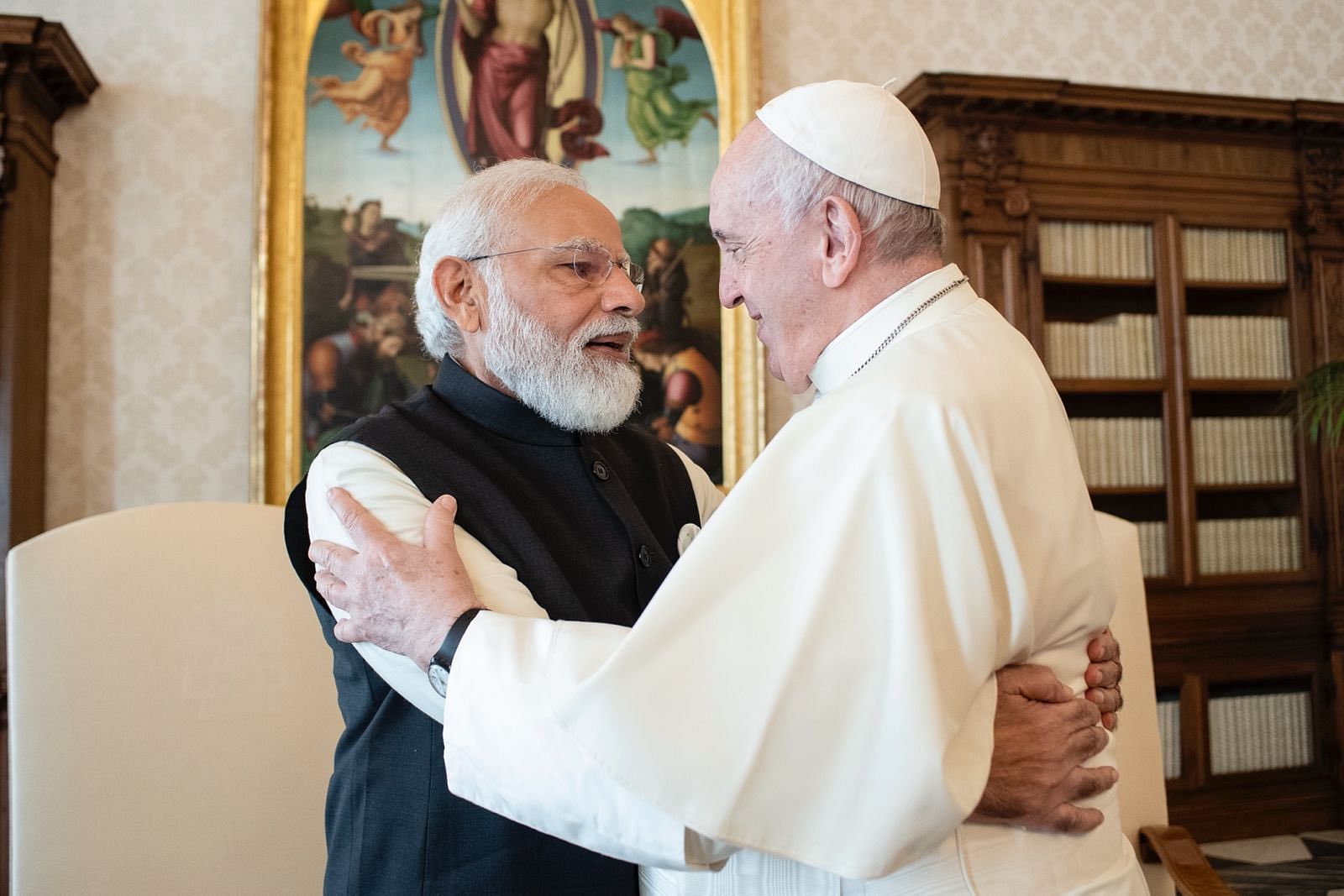