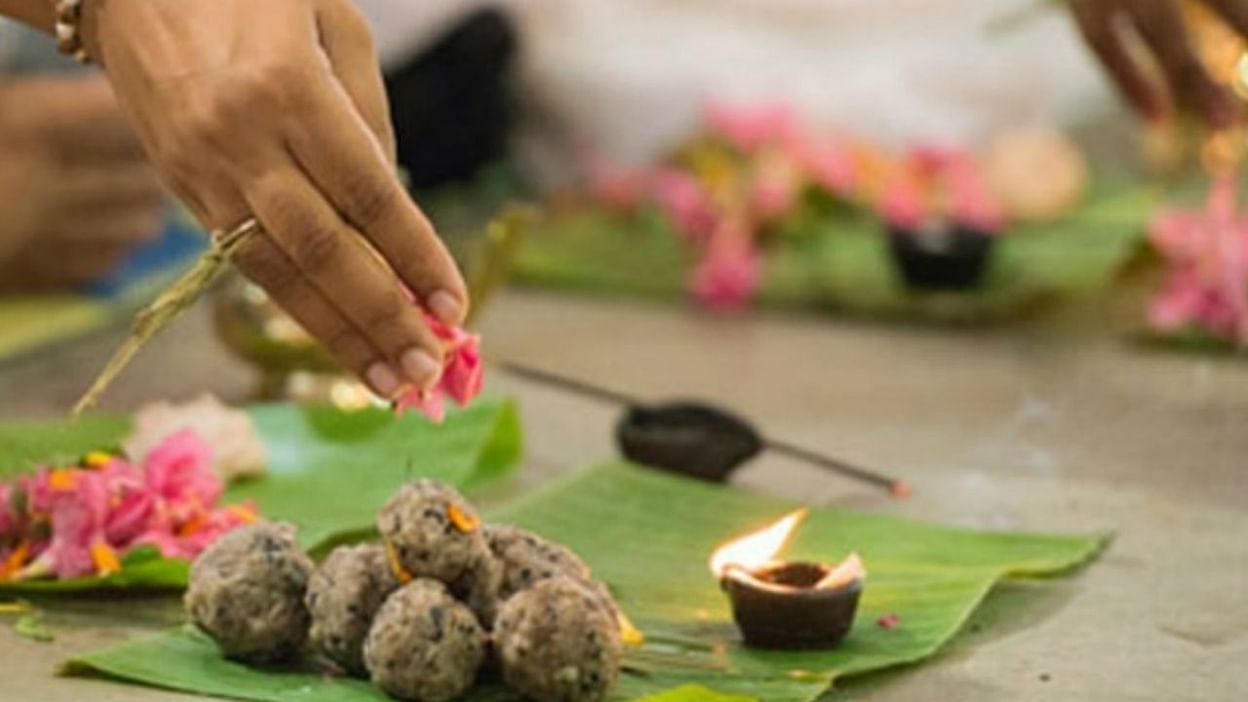 Every year fortnightly, Hindus dedicate a fortnight to the dead family members in the Hindu month of Ashwin (as per the Purnimant calendar- where the month ends with the Full Moon day) or Bhadrapada (as per the Amavasyant calendar- where the month ends with a New Moon Day). This 16-day period is known as Pitru Paksha, or shradh in the Chaturmas period. It is believed that the soul wanders in various worlds after a person dies. To ensure it finds peace and tranquility and blesses those who are alive, people perform shradh rituals and repay their debts to the dead ancestors.

What does the word 'Pitrupaksha' mean?

The word is derived from two Sanskrit words — “sat” (truth) and “adhar” (basis). Therefore, shradh refers to the offering made with utmost "shraddha" or devotion. The beliefs also state that it is essential to not consume any non-vegetarian food during the 16 days to avoid curse from the departed, known as pitru dosh.

Belief suggests that the unhappy souls of the deceased return to the Earth to see their family members. Therefore, to ensure they attain Moksha (get liberated), people quench their thirst and satisfy their hunger by performing the Pind Daan (offering food consisting of cooked rice and black sesame seeds). The Pind Daan refers to the act of appeasing those who no longer exist in their physical form.

Prayers are offered, and rituals are performed to help the souls get freed from the cycle of birth, life and death. Pitru Paksha 2021: Who can perform Shradh? What are the rules? Read to know more

The Pitru Paksha is also a significant period for people with Pitru Dosha or the curse of the ancestors. Therefore, people perform Shradha rituals and offer food to the crows ( beings that represent the dead). And by accepting the food provided by people, the crow intimates that the ancestors are pleased. However, if it refuses to have the food offered, it indicates that the dead are displeased.

This year, Pitru Paksha begins on September 21 and ends on October 6. The last day of Pitru Paksha is Sarva Pitru Amavasya or Mahalaya Amavasya. It is considered to be the most significant day during the period.

What is the last day - Sarva Pitru Amavasya of Pitru Paksha? Pitru paksha 2019: The right way to satisfy your ancestors’ souls