The 32-year-old along with another person was arrested by Bahawalpur police in April 2017 for crossing the border without any papers and authorized documents.

A city-based IT professional, who was arrested by Pakistani authorities for illegally entering their country four years ago, was released by the neighbouring country and brought back here, Cyberabad Police Commissioner VC Sajjanar said here on Tuesday.

Waindam Prashant, a resident of Madhapur and a native of Vizag, was brought back to Hyderabad on Tuesday evening, said Cyberabad police commissioner.

The 32-year-old along with another person was arrested by Bahawalpur police in April 2017 for crossing the border without any papers and authorized documents.

Later a video of him purportedly saying that he was in Pakistani prison while trying to go to Switzerland to meet his girlfriend, was found in social media sites.

Speaking to the media, Prasanth thanked the government for bringing him back at the earliest. "I saw several people like me over there, hailing from different states, languishing for years. It is very difficult to come back once you are there because you know the situation between India and Pakistan. I never thought I could return in four years," he said.

He said he was treated well in the Lahore prison by jail authorities and inmates. Prashant said there is a land route to Switzerland via Pakistan which will take about 60 days.

After Prasanth went missing on April 11, 2017, his father Babu Rao lodged a complaint with the Madhapur police station in Cyberabad on April 29.

"After serving his sentence in Pakistan, he was handed over to Indian Immigration Authorities at Attari border yesterday.Today we brought him to Hyderabad. We handed over Prashant to his family members," Sajjanar said at a press conference. 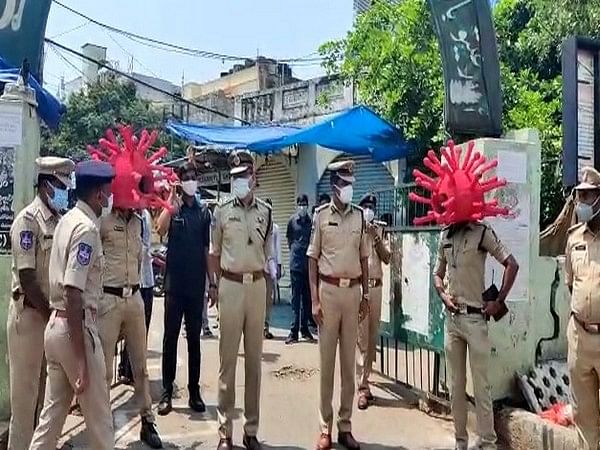