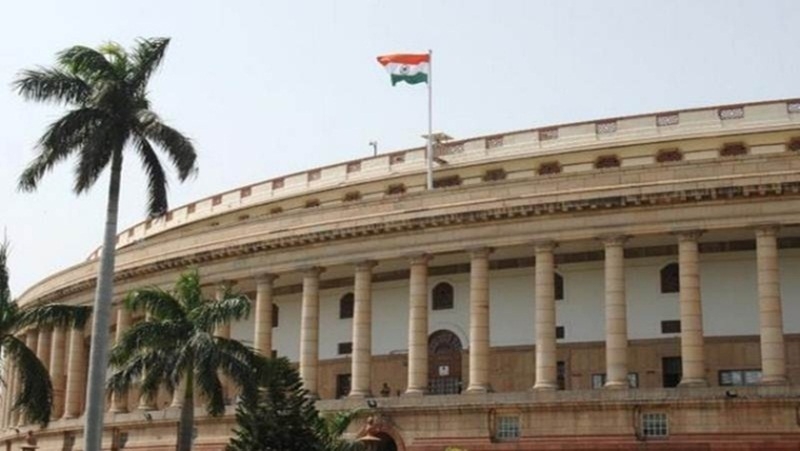 New Delhi: The Opposition in Lok Sabha on Tuesday walked out demanding Prime Minister Narendra Modi's statement on US President Donald Trump's remarks on Kashmir mediation as the government asserted that outstanding issues between India and Pakistan will continue to be addressed bilaterally.

As soon as the Lower House met for the day, members from the Congress and some other Opposition parties were on their feet shouting slogans over the issue.

Trump had on Monday claimed that Prime Minister Modi had asked him to play the role of a mediator on Kashmir. Later, when the Zero Hour began, Manish Tewari (Cong) said since the statement of Trump is serious, the prime minister himself should clarify.

Saugata Roy (TMC) said it was in contravention to the position held by India. He also rejected any clarification bv External Affairs Minister S Jaishankar on the issue.

AIADMK's T R Baalu said since the issue involved the PM, he should personally make a statement in the House. When Jaishakar rose to make a statement, it was drowned in protest by the entire opposition.

The opposition then walked out of proceedings. Home Minister Amit Shah requested the Speaker to allow Jaishankar to repeat the statement as it was essential that people hear him clearly.

Jaishankar gave an identical statement he had made in Rajya Sabha earlier in the day. He told the lower house that Prime Minister Modi made no request to Trump to mediate on the Kashmir issue with Pakistan.

He said all outstanding issues between India and Pakistan can be discussed only bilaterally. "I would like to categorically state that no such request has been made by the Prime Minister to the US President," he said. 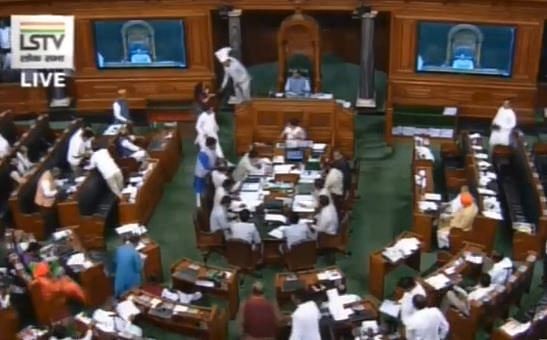 US President Trump had on Monday claimed that Prime Minister Modi had asked him to play the role of an mediator on Kashmir. The minister said it has been the consistent position of India that all outstanding issues with Pakistan can be discussed only bilaterally.

"Any engagement with Pakistan will require end to cross border terrorism," he said, adding Shimla and Lahore accords provide the basis for resolution of all issues bilaterally.

Amid the ruckus in the House, Speaker Om Birla said it was a serious issue and there should not be any politics over the matter. He urged members to rise above party lines and think about national interest.

Parliamentary Affairs Minister Pralhad Joshi said Opposition members were trying to belittle the image of the country, which is "highly unfair and uncalled for".

During Question Hour, Congress members were heard shouting 'we want an answer' and the party's leader in the House Adhir Ranjan Chowdhury said the prime minister should give an answer.