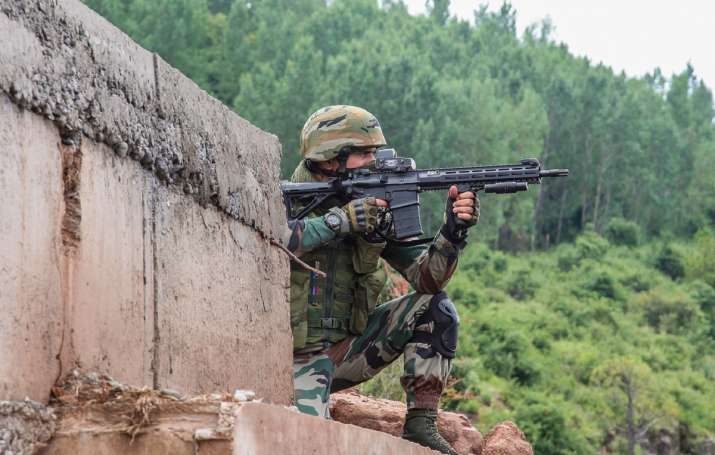 According to the police, a cordon and search operation was being carried out by the security forces in the Ashmuji area of the south Kashmir district following information about the hiding of the militants in the area.

"One unidentified terrorist killed. Operation going on," the Jammu and Kashmir police said.

The encounter broke out between the security forces and a few terrorists when the Army cordoned off the area with a joint team of Jammu and Kashmir police.

Reportedly, the police and the Army in the Kulgam area have rescued school children among 60 people from the site of encounter.

The operation is still underway and further developments are awaited.

On Wednesday, five terrorists, including district commanders of The Resistance Front (TRF) and Hizbul Mujahideen (HM) were killed in twin encounters with security forces in Jammu and Kashmir's Kulgam.

The encounters took place in the Goplapora and Pombai areas of the South Kashmir district. Hyderpora encounter: Hurriyat Conference calls for bandh in Kashmir on November 19 over deaths of...