Bhubaneswar: The number of wives in the list of a 66-year-old man of Odisha, who married middle-aged, educated and well-to-do women of various states, increased to 17 with three more cases coming to the fore, a police officer said on Wednesday.

It was earlier alleged that the man, who is currently in judicial custody, had married 14 times.

The police officer said the accused, who approached women under the fake identity of a doctor, had also tied the knot with a charted account from Chhattisgarh, a physician from Assam and a highly educated lady of Odisha.

A student from Odisha's Jagatsinghpur district also alleged that the fake doctor had duped him of Rs 18 lakh after assuring him a seat in a medical college in the state.

"His mobile phones will be sent to the forensic lab and his financial transactions will be probed," Dash said.

The help of RBI has also been sought since the accused was found in possession of three PAN cards and 11 ATM cards.

According to police, he duped his wives, four of whom live in Odisha, three in Delhi, three in Assam, two each in Madhya Pradesh and Punjab, and one each in Chhattisgarh, Jharkhand and Uttar Pradesh, of lakhs of rupees before moving on to greener pastures. Swain was an expert in persuading women and lured college teachers, even hard-boiled policewomen and captious lawyers, as he went about striking middle-aged women desperate for companionship with cupid's arrow.

However, his luck run out on Valentine Day on Monday after 38 years when he was arrested by the police based on the allegation of his latest wife from Delhi whom he married in 2020.

Swain got married for the first time in 1982, and the last in 2020. His last marriage to a teacher was solemnised at an Arya Samaj temple in Delhi.

He, however, rejected the accusations. "I have not married all these women and I am indeed a doctor," Swain asserted while being escorted to the court.

He allegedly duped his wife from Punjab of Rs 10 lakh, and the Gurudwara, where his marriage was solemnized, of Rs 11 lakh with the promise of facilitating setting up a medical college. He was earlier arrested twice for cheating unemployed youth and loan fraud in Hyderabad in 2010 and Ernakulam in 2006, police said. 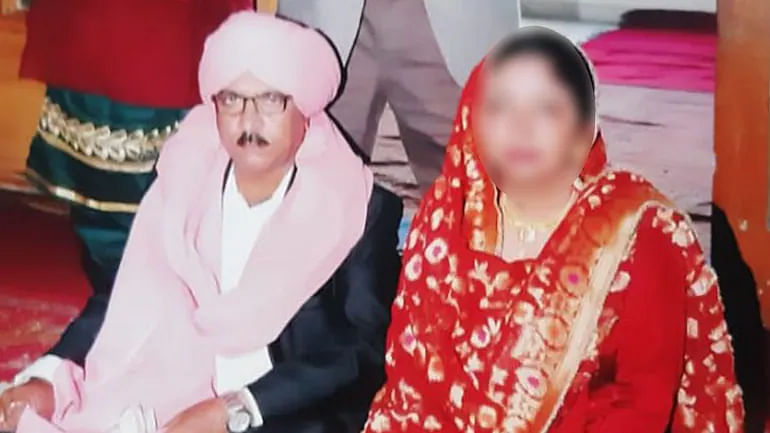