Odisha: Man held for marrying and duping 14 women by posing as doctor with Union health ministry

Bhubaneswar: A 54-year-old man in Odisha was arrested on Monday for duping several women across the country after marrying them, the police said.

The individual has been identified as Ramesh Chandra Swain a.k.a Bidhu Prakash Swain a.k.a Ramani Ranjan Swain, a resident of Odisha's Kendrapara district.

Briefing the media persons about the case, Bhubaneswar DCP Umashankar Dash said the man has been arrested from a rented accommodation in Bhubaneswar based on a complaint filed by a woman school teacher of New Delhi at Mahila Thana here in July last year.

Swain, posing as a 'deputy director general' rank official in the Union Health Ministry, had married the woman in 2018 in Delhi Arya Samaj. Later, the teacher came to know that the accused had cheated her, and filed the complaint, Dash said.

During investigation, the police found that Swain had married at least 14 women by giving fake identity as a 'deputy director general'. He used to establish contact with the victims through matrimonial websites.

Swain used to target middle-aged single women who were looking for companionship, after acquiring their money, used to abandoning them. Lawyers, teachers, doctors and highly-educated women, most of them outside Odisha, are among the victims, the police officer said.

"His only intention was to mop up money and acquire properties of the women after marrying them," Dash said.

Swain is a father of five children. He married first in 1982, and the 'second marriage' took place in 2002.

During the probe, the police also found that Swain had married a woman official of the Central Armed Police Forces (CAPF) in Punjab and collected Rs 10 lakh from her. He also cheated Rs 11 lakh from the Gurdwara where the marriage ceremony with the CAPF official was held by prompting the authority to set up a hospital there, the DCP said.

Earlier, Swain was arrested by Kerala police in 2006 for cheating 13 banks of around Rs 1 crore.

He was also arrested by a task force of Hyderabad police after cheating many students by promising them to provide admission in medical colleges. He had collected about Rs 2 crore from the students including an owner of a nursing home in Hyderabad.

The police have already contacted nine out of 14 victims cheated by Swain and suspect that many other women might be his victim, and they may not come out due to fear of hampering their social prestige and status.

A case has been registered against him at the Mahila police station under Sections 498 (A), 419, 468, 471 and 494 of the IPC. The police will also investigate the transaction of the fraud money by bringing him on remand, he added. 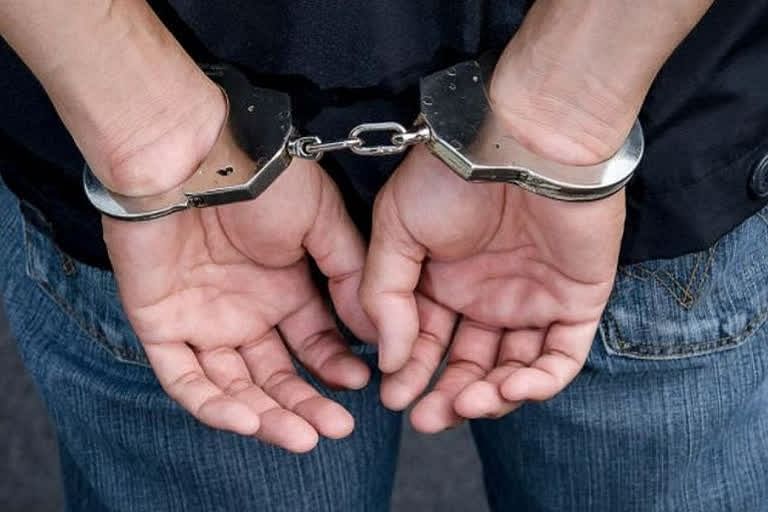 HomeIndiaOdisha: Man held for marrying and duping 14 women by posing as doctor with Union health ministry