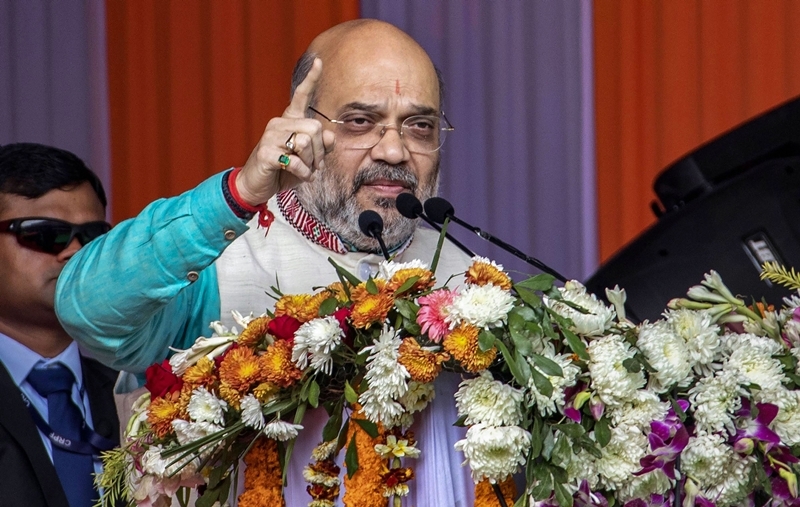 Guwahati: Wishing the people of Arunachal Pradesh on the 34th Statehood Day, Union Home Minister Amit Shah announced on Thursday the Centre will not touch Article 371.

Amit Shah was addressing a massive public gathering at Indira Gandhi Park in Itanagar on Thursday. According to the Constitution, the Article 371 grants some temporary, transition and special provision to particular states in the Northeast.

Coming down heavily on the Congress for misleading the people of the region to gain their vested political interest, the Union Home Minister said, “Much has been said about the opposition parties, especially the Congress about various articles of the Constitution, including the Article 371.These are all false and politically motivated. The Opposition parties are trying to create rumours in society.”

“Today, on this historic occasio

n, I assure the people of the region, especially those are in Arunachal Pradesh that Article 371 would not be touched at any cost,” Shah announced.

“In the last 6 years, development in Arunachal Pradesh has seen fast pace due to collaborative efforts of the central government led by Narendra Modi and the state government headed by Pema Khandu,” Shah said.

Addressing the meeting, he added the Centre has already sanctioned road construction projects worth more than Rs50,000 crore in Arunachal Pradesh. An IIT campus, worth Rs430 crore, has also been sanctioned, he added.

Meanwhile, the official 33th anniversary of the Mizoram’s Statehood Day was celebrated throughout the state on Thursday.

At the capital Aizawl, it was formally organised at Vanapa Hall with the Governor PS Sreedharan Pillai gracing the occasion as the chief guest.