No abduction, much ado over nothing: All Indians safe, says govt after reports claim Taliban captured 150 people in Kabul 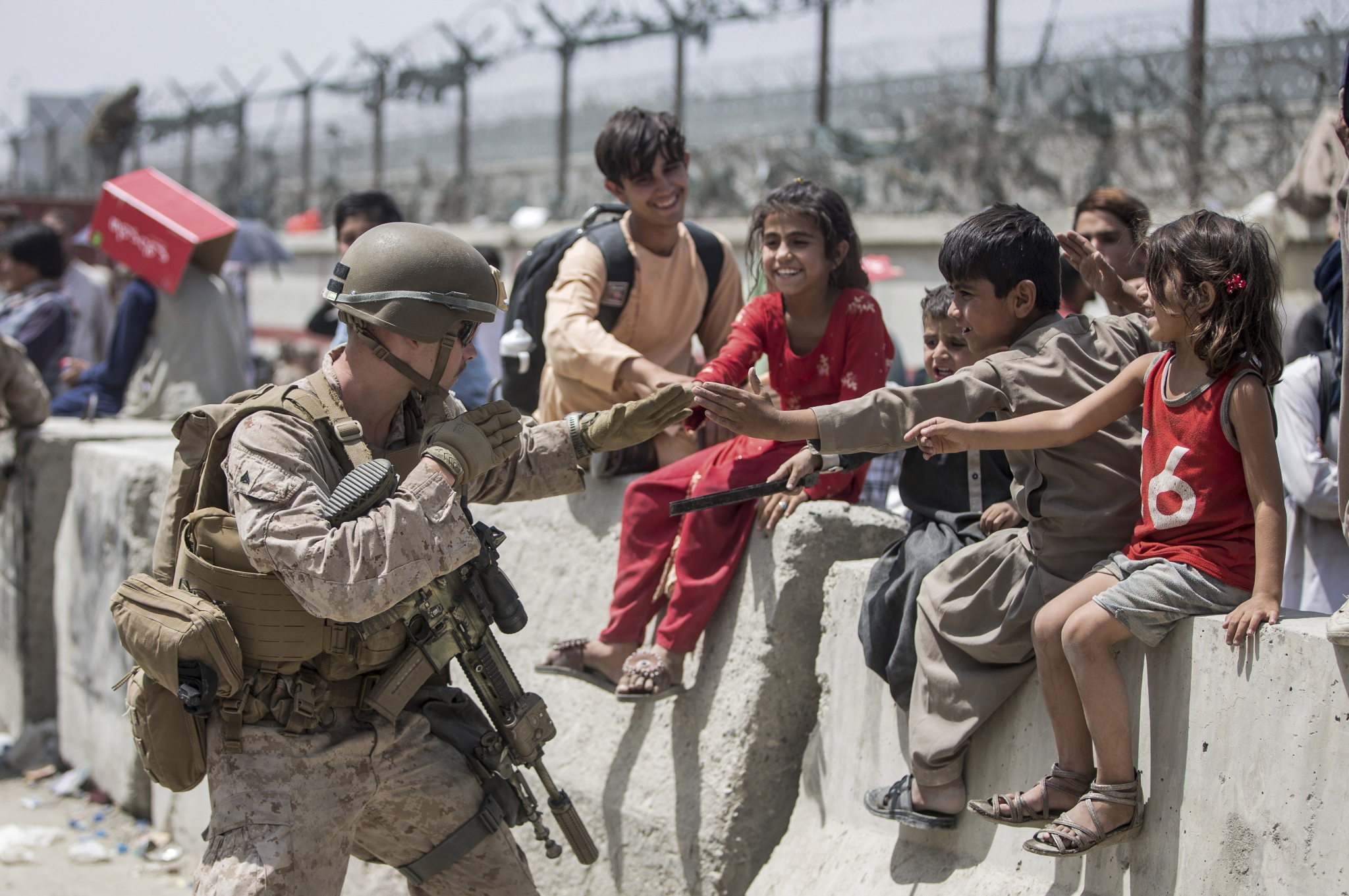 A US soldier enjoys a moment of mirth with Afghan children |

New Delhi: The rumoured ‘kidnapping’ of 150 Indian nationals bound for Kabul airport caused alarm, panic and concern all day on Saturday till sources in the Indian government confirmed that all of them were safe.

The confusion largely stemmed from this convoy being intercepted by the Taliban on way to the Kabul airport, ostensibly for checking their papers. As is an open secret, while the US controls the airport and the airspace, the militants control the civilian area outside. Any contingent bound for the airport must clear the Taliban roadblocks.

In no time, many Afghan journalists were claiming on social media that over 100-150 Indians were kidnapped by the Taliban from outside the airport. Later, they clarified all were safe. However, there was no immediate official confirmation from the Indian Government or US/NATO forces on the ground, which led to Indian media outlets initially running the story.

Experts who have served in Afghanistan say although the Indian embassy in Kabul is continuing its work with the help of the local staff, the embassy continues to be extremely vulnerable to misinformation and propaganda. They pointed out that the false news on the abduction originated from an irresponsible tweet by an Afghan national.

The Government of India on Saturday also facilitated the safe landing in Dushanbe, Tajikistan, of 85 Indian nationals on a special Indian Air Fiorce plane — the C-130J. This is in addition to over 140 Indians ferried safely to India safely on August 17 by the IAF. The passengers on board comprised the entire Indian embassy staff, ITBP personnel, 4 journalists and other civilians.

Shakti Sinha, who has worked with the United Nations Assistance Mission in Afghanistan (UNAMA) from 2006 to 2009, and has kept his contacts in Afghanistan alive, rubbished as baseless news reports on the abduction of the Indian nationals.

“All the Indians who wanted to leave today from Afghanistan have done so. When the Indians were close to the airport, the Taliban formally escorted them into the premises to ensure a smooth passage; they were then facilitated in crossing over to the military side where the Americans took over.’’

Appreciating the calmness with which the Government of India is handling the current situation in Afghanistan, Sinha said the Indian nationals in Afghanistan are at greatest risk from a part of the Pakistani establishment.

“The greatest threat accrues from the fact that Pakistan is so strongly entrenched in Kabul. This includes the Pakistan Army which is posing as special forces of the Taliban, the Haqqani network and other elements of JeM and LeT. In the given circumstances, the Indian government is doing a good job. It is ensuring that anybody who wants to get out of Afghanistan is able to do so. It is not an easy task.”