The court had on December 20 reserved the order on an application filed by Pawan Kumar Gupta's father till today.
FPJ Web Desk 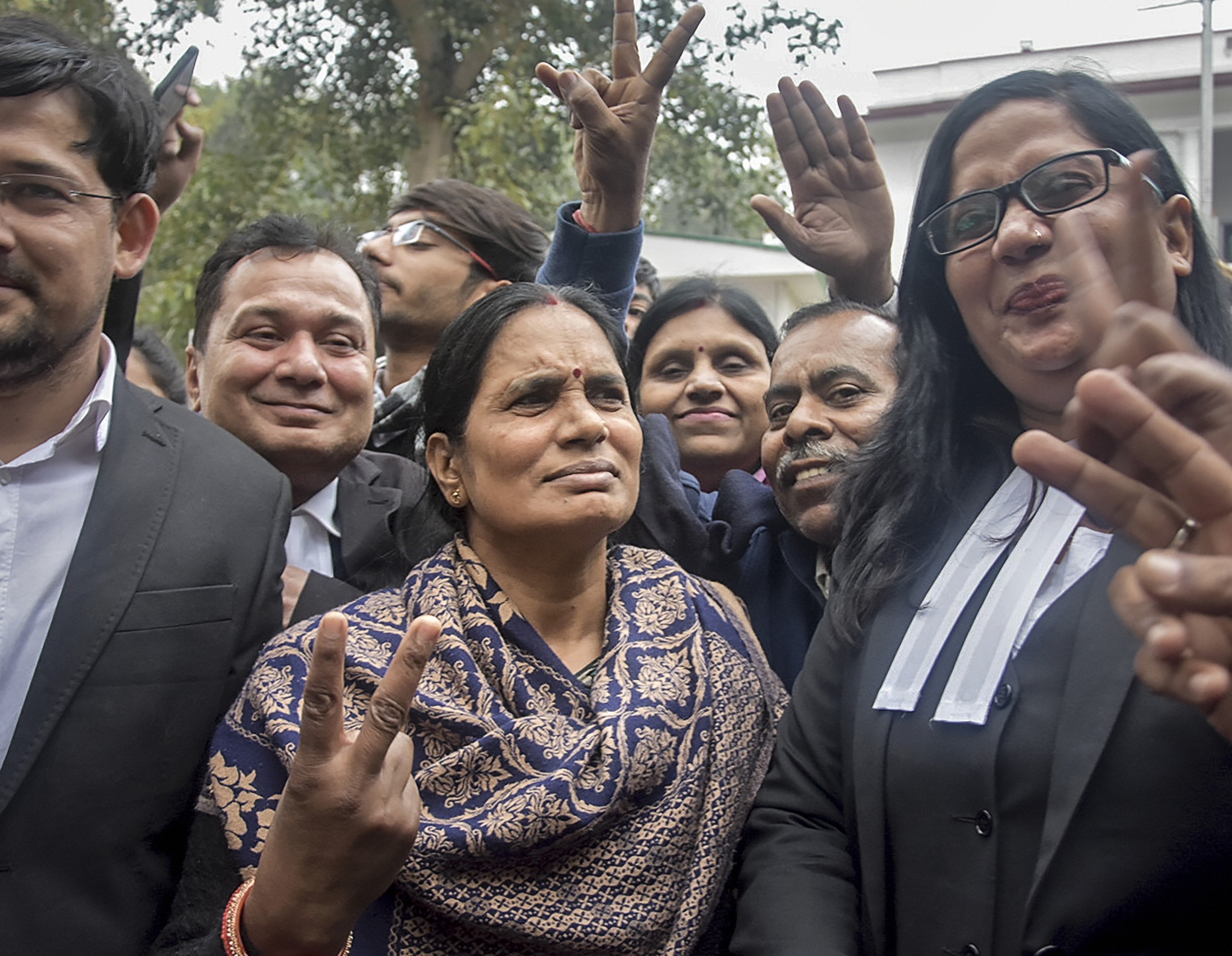 New Delhi: Nirbhaya case victim's mother flashes the victory sign along with lawyers after a court issued death warrants against the four convicts in the case, outside Patiala House Courts in New Delhi, Tuesday, Jan. 7, 2020. The four convicts in the 2012 Nirbhaya gangrape and murder case will be hanged on 22 January at 7 am in Tihar jail. | (PTI Photo)

Delhi court has issued death warrant against all 4 convicts in the 2012 Nirbhaya rape case. The execution will be held on 22nd January at 7 am. However, the court said that the convicts can use their legal remedies within 14 days. "We will file curative petition in Supreme Court," said Nirbhaya convicts' lawyer AP Singh. On Monday, the court dismissed an application filed by the father of one of the convicts in the Nirbhaya rape case, who had questioned the credibility of the sole witness by claiming that he was "tutored" and sought the registration of FIR against him.

The court had on December 20 reserved the order on an application filed by Pawan Kumar Gupta's father till today. The petition had stated that the girl's friend committed perjury for giving false testimony in the court.

The sole eye-witness was accompanying the 23-year-old girl when she was raped and murdered by six men on a moving bus on December 16, 2012.

Besides Pawan Kumar Gupta, three others - Akshay, Vinay, and Mukesh faced the gallows in the case.

The main accused, Ram Singh, allegedly committed suicide in Tihar Jail during the trial. Another accused was a minor at the time of the commission of the crime and was sent to a reform facility and released after three years.