Nagaland: New committee will be constituted to look into the withdrawal of AFSPA, to submit report in 45 days 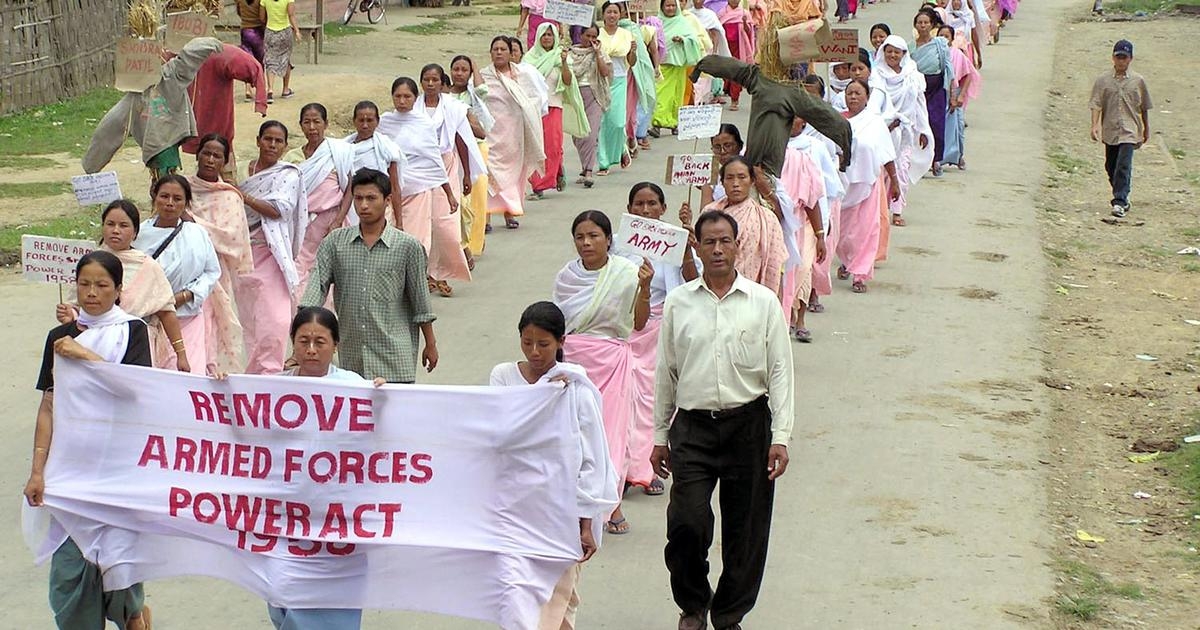 A rally against the Armed Forces Special Powers Act in Manipur in 2018/ Representative image. | Reuters

New Delhi: Home Minister Amit Shah held a meeting to discuss present scenario in Nagaland on December 23, in which it was decided that a committee will be formed to look into the withdrawal of Armed Forces (Special Powers) Act (AFSPA) in Nagaland, the state government said.

The committee will be chaired by the additional secretary-NE, MHA, and will include the chief secretary and director general of police of Nagaland. IGAR (N) and representatives of CRPF will also be part of the committee, which will submit its report in 45 days.

Home Minister Amit Shah held a meeting to discuss present scenario in Nagaland on Dec 23. The meeting was attended by Nagaland CM, Assam CM & others. In the meeting, it was decided that a committee will be instituted to look into the withdrawal of AFSPA in Nagaland: Nagaland Govt pic.twitter.com/BAHd2xePzR

"Withdrawal of AFSPA from Nagaland and disturbed Area will be based on the recommendations of the committee," a statement said.

In simple terms, AFSPA gives armed forces the power to maintain public order in “disturbed areas”. They have the authority to prohibit a gathering of five or more persons in an area, can use force or even open fire after giving due warning if they feel a person is in contravention of the law. If reasonable suspicion exists, the army can also arrest a person without a warrant; enter or search a premises without a warrant; and ban the possession of firearms.

Once AFSPA is enforced in an area, "no prosecution, suit or other legal proceeding shall be instituted, except with the previous sanction of the central government, against any person in respect of anything done or purported to be done in exercise of the powers conferred by this Act".

The AFSPA finds its origin in colonial India when the British brought the Act as an ordinance in the backdrop of the Quit India Movement launched by Mahatma Gandhi in 1942.

After Independence, then Prime Minister Jawaharlal Nehru decided to continue with the law in view of insurgency in Assam and Manipur. The Armed Forces (Assam and Manipur) Special Powers Ordinance 1958 was promulgated by then President Dr Rajendra Prasad on May 22, 1958.

Apart from Nagaland, the AFSPA is currently in force in Jammu and Kashmir, Assam and Manipur except Imphal and Arunachal Pradesh.

The stringent Act can be completely or partially removed if the government feels insurgencies have subsided in the region. Besides Punjab, the AFSPA was revoked in Tripura in 2015 and in Meghalaya in 2018.