RSS’ farmer wing is on warpath with Gujarat Government over 26 issues; cops detain them at Nadda’s farmer event

Even national BJP President JP Nadda on Tuesday declared that only Prime Minister Narendra Modi worked tirelessly for the farmers since Independence when launching a ‘Namo Khedut Panchayat’, leaders of the RSS’ farmer wing, Bharatiya Kisan Sangh, were detained by the police while trying to meet the BJP chief.

Nadda was speaking after launching Gujarat BJP’s ‘Namo Khedut Panchayat’ initiative from Nabhoi village in Gandhinagar district, when BKS leaders, who have been on an indefinite dharna for 27 days to highlight 26 pending issues of farmers, were trying to enter the venue to meet him.

"First the BJP workers stopped us and prevented us from going inside when it was a khedut panchayat. An argument broke out between us and them; by the time the cops came and bundled all of us out and whisked us away in a police vehicle, "Mansukh Patolia, Sah Prachar Pramukh (Gujarat co-chairman for communications, Bharatiya Kisan Sangh, said.

"We were kept under detention for several hours before being let off after the Gandhinagar function was probably over," he added.

In a strongly-worded press release, the BKS leaders wondered that, "JP Nadda flagged off e-bikes with publicity material of the claims of the Prime Minister’s great contribution to the farmers, whereas we have been on a dharna at the state capital Gandhinagar for the last 27 days with as many as 26 genuine issues of the farmers!"

Neither the Gujarat government nor the party leadership is even willing to listen, the BKS leaders say. "This is the last warning to the state government to stop misleading the farmers by making fake claims and resolve their pending issues immediately."

The BKS leaders warned in a media statement that "if they don’t do anything about it in the coming days, it will be at a heavy cost and it will be the sole responsibility of the Gujarat government."

Launching the ‘Namo Khedut Panchayat’ initiative, JP Nadda claimed that, "The country has seen a number of leaders who tried to establish themselves as farmer leaders. With a specific intention, they tried to gain the position of a leader after holding discussions with their friends and people. But I want to put it on record that all of them systematically used farmers and did nothing for them."

When the BKS leaders were in an argument outside the venue, the national BJP president was saying, "If there is anyone in independent India who worked for the farmers on the ground, it is Prime Minister Narendra Modiji." Nadda was accompanied by national president of BJP’s Kisan Morcha Rajkumar Chahar, Gujarat BJP president C R Paatil and BJP Kisan Morcha’s Gujarat president Hitesh Patel.

PM Modi took the effort to send Rs 2,000 every third month to the bank accounts of 11 crore farmers. Till today, Rs 1.36 lakh crore has been deposited in the accounts," he said.

Nadda said the budget for agriculture has increased six-fold in the Modi regime compared to the previous governments. "Till 2014, Rs 1.4 lakh crore used to be allotted for agriculture. Today, in Modiji’s time, it is Rs 6.1 lakh crore." 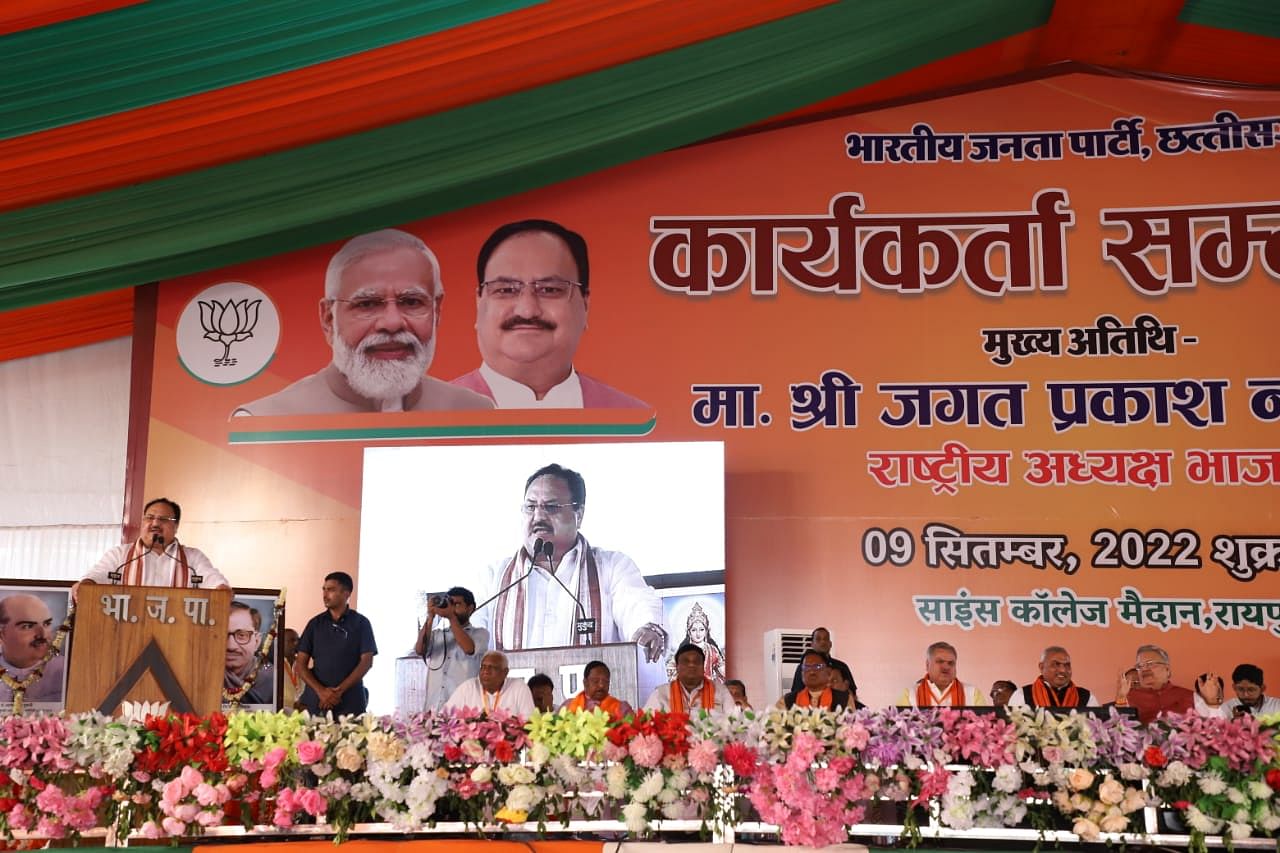