The board has also decided to provide legal aid to the Intezamiya Masajid Committee and its lawyers in the Gyanvapi Masjid case and launch a nationwide agitation, if necessary, to apprise the public about the "real intention" of creating disputes over the places of worship

Lucknow: The All India Muslim Personal Law Board (AIMPLB) has asked the Centre and the state governments to clarify their stand on the alleged targeting of places of worship of Muslims in the country.

The board has also decided to provide legal aid to the Intezamiya Masajid Committee and its lawyers in the Gyanvapi Masjid case and launch a nationwide agitation, if necessary, to apprise the public about the "real intention" of creating disputes over the places of worship.

An emergency virtual meeting of the board's Working Committee was held late on Tuesday night in which many important decisions were taken, AIMPLB executive member Qasim Rasool Ilyas told PTI on Wednesday.

The AIMPLB, a leading organisation of Muslims in the country, is a non-government body constituted in 1973 to adopt suitable strategies for the protection and continued applicability of Muslim Personal Law in India, most importantly the Muslim Personal Law (Shariat) Application Act of 1937.

Referring to the issues of Gyanvapi Masjid in Varanasi and the Shahi Masjid Idgah in Mathura, Ilyas said, "It was regretted during the meeting that the places of worship of Muslims in the country are being targeted and Religious Places Act of 1991, which was enacted in Parliament with the consent of all, is being openly flouted."

"It is a matter of great regret that the central government and the state governments are silent on this. Apart from this, the political parties who call themselves secular parties are also keeping silent," he said.

The board has demanded from all of them to clarify their stand on this, Ilyas added.

He said the board also discussed that the manner in which the lower courts are making decisions regarding the places of worship is regrettable.

The courts should not dishearten the people that might end the hope of last justice, he added.

Ilays said it has been decided in the meeting that the legal committee of the AIMPLB will assist the maintenance body of the mosque -- Anjuman Intezamiya Masajid Committee -- and its lawyers in connection with the Gyanvapi Masjid case in the Supreme Court.

He said the board has appealed to Muslims to maintain peace, stand with courage and fight the legal battle to the best of their ability.

"The board has decided to bring the real intention behind all the disputes being raised regarding mosques before the people so that they cannot be misled. If needed, we can also launch agitation in the country in this connection. The truth is that whatever is happening is being done to damage the unity and integrity of the country," he said.

Ilyas said the board has also decided that different religious communities, religious leaders, civil society and social organisations in the country should be contacted and told about the "truth" because this is not a matter of any one community but of the entire country.

Read Also
All India Muslim Personal Law Board calls urgent meeting of its executive committee over issues like... 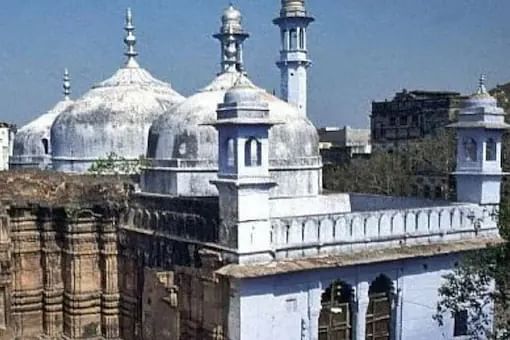