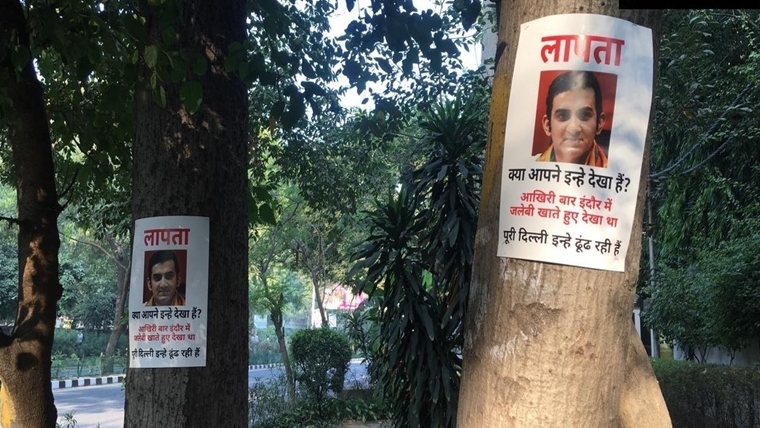 This Sunday morning, ‘missing’ posters of cricketer-turned-politician were seen in Delhi’s ITO area days after the newly elected MP from east Delhi was criticised for missing an important meeting of the parliamentary committee on the capital’s health emergency.

The poster read, “Have you seen him? He was last spotted having jalebis at the Indore cricket stadium. The entire Delhi is looking for him”.

Soon after former Indian cricketer, V V S Laxman shared a picture on Friday with Gautam Gambhir eating jalebis, Aam Aadmi Party (AAP) leader Atishi tweeted saying, “Our Hon’ble MP claims he skipped a meeting on air pollution in order to earn a living. In the same breath, he says he pledges his salary as an MP for his constituency. Going in circles like a jalebi to defend the indefensible”.

Within minutes, the internet was flooded with reactions and questions by other politicians and citizens questioned the new MLA about his priorities and how focused is he on his job as an MLA.

However, Gambhir wasn’t the only one missing from the crucial meeting. From the 29-member committee, only four turned up for the meeting which led to the cancellation of the meeting. DDA vice-chairman Tarun Kapoor and all three MCD commissioners didn’t turn up for the meeting. Among the four who did come, AAP’s Rajya Sabha MP Sanjay Singh was one. 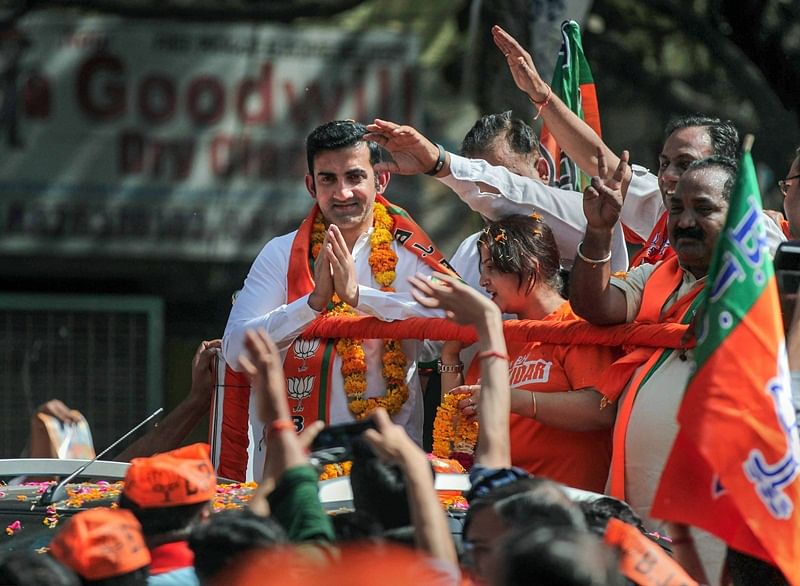