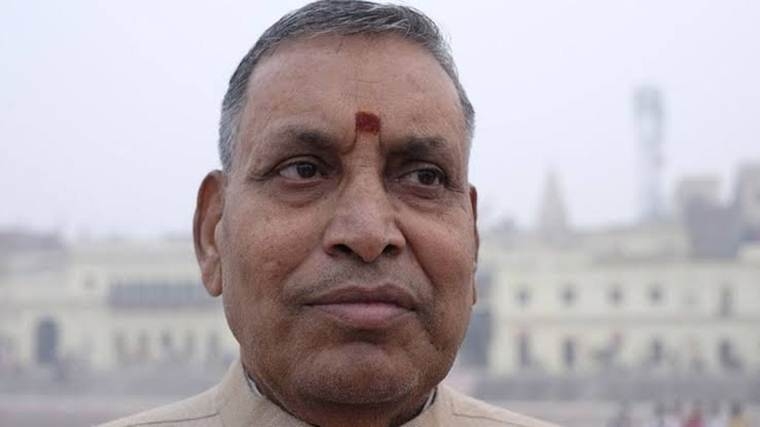 New Delhi: The Supreme Court in its verdict in the Ayodhya title suit gave its ruling in favour of Ram Lalla, the infant Lord Ram, who was represented in the court by Triloki Nath Pandey, a VHP functionary.

Pandey, described as the 'next friend' of infant Lord Ram, has been appearing in the case for the past decade.

Pandey has said there is need to create awareness among Hindus on the issue of Ram Janmabhoomi.

"To represent God is a glorious job. To think that I was chosen to do this job from among millions of Hindus made me proud and joyful," Pandey, 75, is quoted as telling the BBC recently.

Ram Lalla Virajman is the infant Lord Ram who moved the lawsuit in 1989, through next friend and former Allahabad High Court judge Deoki Nandan Agarwal.

Deoki Nandan Agarwal died on April 8, 2002 after which an application was made to the court to allow T.P Verma, a retired history professor at BHU, to be appointed as next friend of Ram Lalla. In 2008, Verma applied for retirement from the status of "next friend", citing old age and ill health. Pandey took over as "next friend" or "sakha" in 2010. SC invokes Article 142 to make a breakthrough in Ayodhya verdict - what exactly is it?