Born on 15th January 1956, Mayawati turns 66. Here are some lesser known facts about the National President of the Bahujan Samaj Party

Mayawati's rise in politics was termed as a 'Miracle of Democracy' by former Prime Minister of India P.V Narasimha Rao.

Born of January 15, 1956 in New Delhi, Mayawati's father Prabhu Ram was a post office employee. The prominent leader had to fight various battles in her life to reach where she is today.

Mayawati's brothers were sent to private schools for attaining education whereas she was sent to a government school. Rising through the gender bias, the leader inculcated the passion to educate herself as much as she could.

She completed her B.A from Kalindi College, University of Delhi way back in 1975. Her urge to gain the knowledge of Indian Constitution and Laws guided her to pursue LLB from Delhi University. She further pursued B.Ed. from VMLG college, Meerut University.

Mayawati worked as a teacher in Delhi while preparing for Civil Services when she was approached by Kanshi Ram, a prominent Dalit leader who wanted Mayawati to become a part of the Bahujan Samaj Party.

BSP's ideals were based on the words of B.R Ambedkar, the father of Indian Constitution. Mayawati was highly impressed by the ideals of the party, she went on to contest elections for BSP and became a member of Parliament back in 1989. Her main focus was to improve the condition of Scheduled Castes and Tribes in India.

After Kanshi Ram, the chief architect of the party, Mayawati became the biggest name which was chanted by millions of followers. Mayawati has centered many of her campaigns around reservations in State Government jobs for Dalits.

Mayawati's rise in politics is an unbelievable journey of a knowledge hungry lady who went on to lead the biggest state of the country as many as four times. 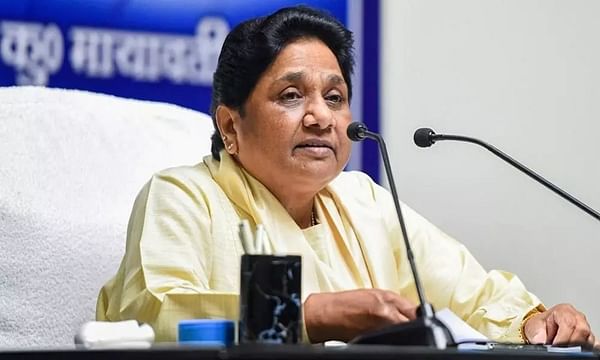