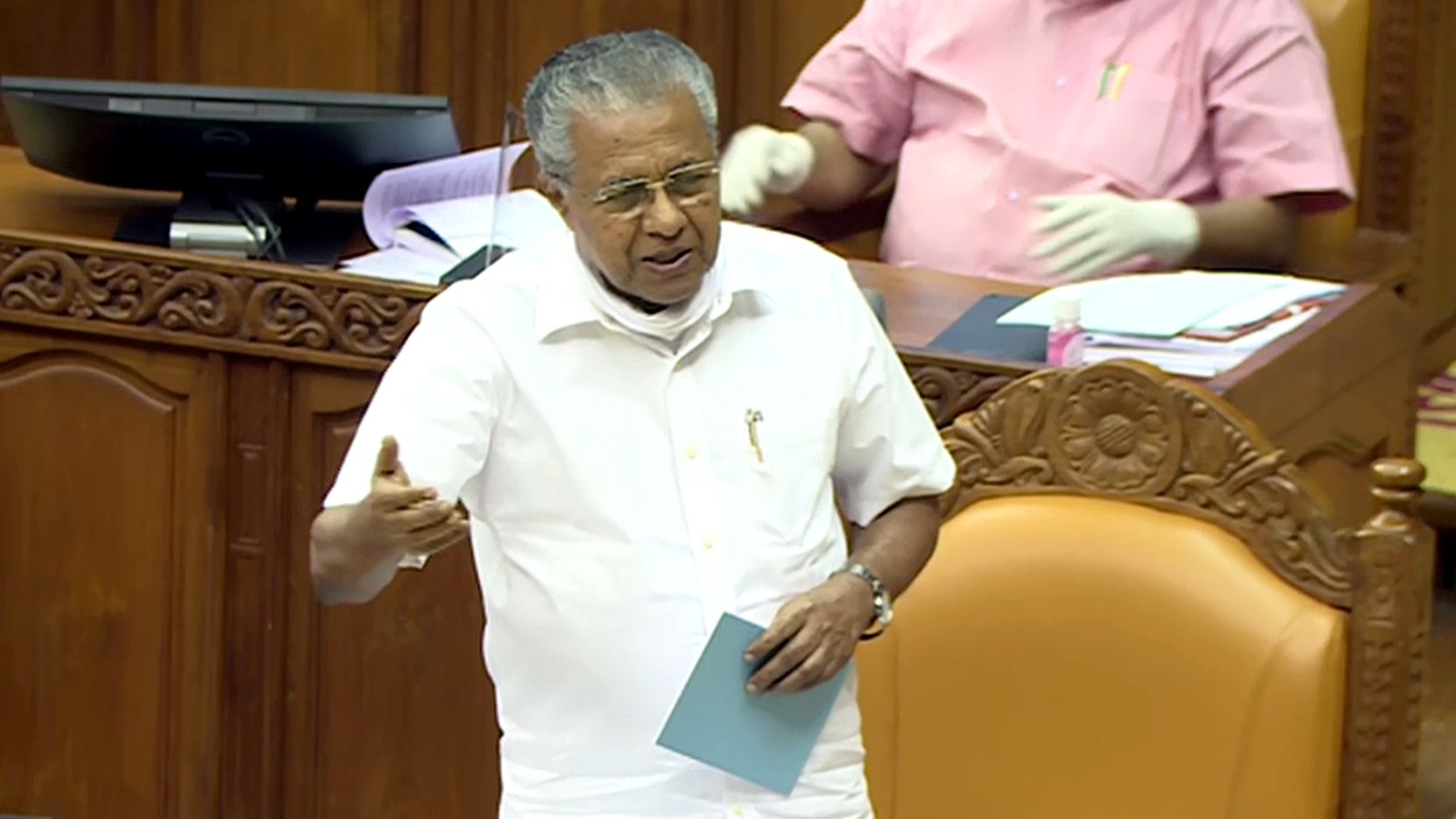 Kerala Chief Minister Pinarayi Vijayan on Thursday ruled out the resignation of General Education Minister V Sivankutty over a case related to the infamous ruckus incident in the Assembly in 2015, following which the opposition boycotted the House proceedings for the day even as youth outfits intensified street protests across the state seeking his removal.

The Congress-led UDF opposition raised the six-year- old incident in the state Assembly a day after the Supreme Court had dismissed a government plea seeking withdrawal of a criminal case against LDF MLAs, including Sivankutty, in the case.

The House witnessed noisy scenes during zero hour when the opposition moved a notice for an adjournment motion demanding a discussion over the apex court verdict and the resignation of Sivankutty, one of the accused in the case.

They said it was 'unjust' for Sivankutty to continue as a minister even after the apex court had made it clear that the Marxist leader should face judicial trial and the Chief Minister should be ready to either seek his resignation or remove him from the position on moral grounds.

However, Vijayan, categorically rejected their demand, saying that the court had not found any particular individual guilty or named anyone and so the issue of resignation is not coming up.

Justifying the government's act of approaching various courts including the apex court with a plea seeking withdrawal of the case involving the Left front MLAs, he said taking criminal case against a legislator in the name of protest inside the Assembly was something generally unheard of in the country.

He also said the public prosecutor had the right to move a plea seeking the removal of case against MLAs on behalf of 'general public interest'.

"The government has only tried to preserve the system related to the privilege of the legislature," the Chief Minister said in his reply.