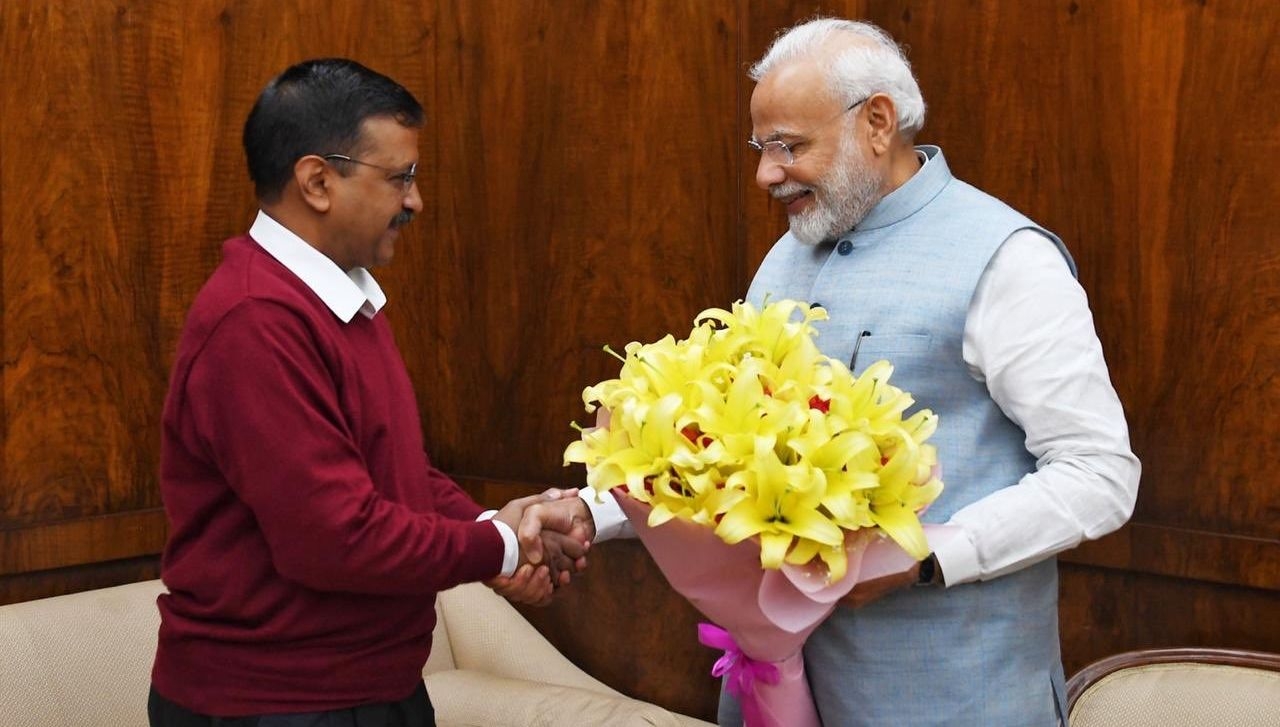 On Tuesday, in remarks that are certainly going to cause political fissures, Delhi’s Minority Commission Chairman Dr Zafarul-Islam Khan wrote a note slamming ‘Hindutva’ bigots and claimed that Indians Muslims had ‘opted out of complaining to Arab and Muslim world’.

Even as the AAP government, led by Arvind Kejriwal appeared to have learnt the virtues of reciting Hanuman Chalisa, Delhi’s Minority Commission Chairman appeared to suggest that Indian Muslims should complain to ‘Arab and Muslim world’.

He also praised Dr Zakir Naik and wrote in a post: 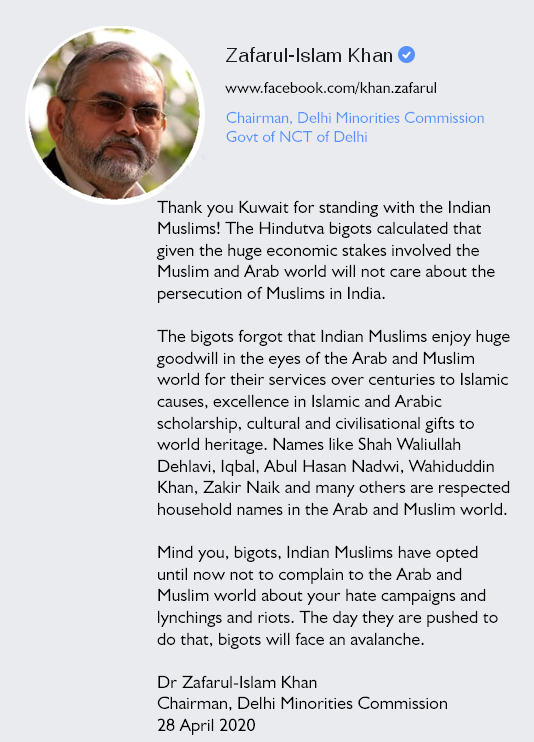 Thank you Kuwait for standing with the Indian Muslims! The Hindutva bigots calculated that given the huge economic stakes involved the Muslim and Arab world will not care about the persecution of Muslims in India.

The bigots forgot that Indian Muslims enjoy huge goodwill in the eyes of the Arab and Muslim world for their services over centuries to Islamic causes, excellence in Islamic and Arabic scholarship, cultural and civilisational gifts to world heritage. Names like Shah Waliullah Dehlavi, Iqbal, Abul Hasan Nadwi, Wahiduddin Khan, Zakir Naik and many others are respected household names in the Arab and Muslim world.

Mind you, bigots, Indian Muslims have opted until now not to complain to the Arab and Muslim world about your hate campaigns and lynchings and riots. The day they are pushed to do that, bigots will face an avalanche.

Zakir Naik is currently absconding from India and is in Malaysia. Considered an exponent of Salafi ideology, his teachings ‘inspired’ Dhaka attackers. His preaching is banned in India, Bangladesh, Canada, UK and Malaysia. His Peace TV is also banned in most countries.Naik has rather problematic views on several things including domestic violence and considers it a right for a husband to discipline his wife.

A criminal complaint was also filed.

Incidentally, Kuwait has become the latest country to back India after a number of fake Twitter handles posting as Middle Eastern Royals had accused the Indian government of acute Islamophobia.

According to a report in The Economic Times, Ministry of External Affairs spokesperson Anurag Srivastava told media persons that the Government of Kuwait was deeply committed to friendly relations with India.

For the past fortnight, a number of fake Twitter handles, posing to be members of Arabic Royalties, posting anti-India rhetoric, has raised concerns in New Delhi.

Who is Dr Zaraful-Islam Khan?

Dr. Zafarul-Islam Khan is a senior journalist, scholar and author of over 50 books in English, Urdu and Arabic. He studied in India, Egypt and UK. He worked in Egypt, Libya and UK. He was the Chief Editor of The Milli Gazettee from its inception in January 2000 to December 2016. He was President for three terms of the All India Muslim Majlis-e-Mushawarat (AIMMM), the umbrella body of Indian Muslim organizations. He is Chairman of Charity Alliance which is doing charitable work among some of the most disadvantaged people in places like Murshidabad and Muzaffarnagar. He has attended dozens of conferences across the world and has delivered keynote addresses in many Indian and foreign universities. He organized a number of international conferences in London and Delhi including the International Dialogue between Islam & Oriental Religions in February 2010 at Delhi which was inaugurated by Hon’ble Vice-President Mr. Hamid Ansari. Dr. Khan frequently appears on top Indian and foreign TV channels on issues related to the Subcontinent and the Muslim World. He was appointed as the Chairman of Delhi Minorities Commission on 15th July 2017 for a three year term. Along with the two other members of the Commission, he assumed charge on 20th July 2017.