Bengaluru: The Karnataka-Maharashtra border remained tense on Sunday with both the states withdrawing bus services until further notice after the language row -- Marathi-versus-Kannada -- erupted yet again.

Stone pelting and ink-smearing campaigns on both sides have been going on over the past two days.

Trouble was brewing for some time when alleged Shiv Sena members painted Kannada signboards black at the famous Mahalakshmi temple in Kolhapur, which draws thousands of devotees from across the border. 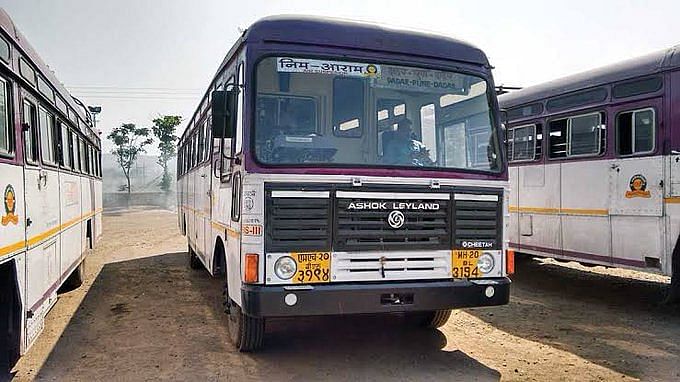 Pro-Kannada outfits and the rival Shiv Sena and Maharashtra Ekikarna Samiti staged protests in the border town of Belagavi and submitted memoranda to local police.

Condemning the vandalism in Kolhapur, Karnataka Border Area Development Authority chairman C Somashekar urged the Yediyurappa government to intervene and take up the matter with Maharashtra.