Karnataka govt to bring in law to free Hindu temples from laws and rules; Congress objects Bengaluru: The Congress in Karnataka has taken strong objections to the move of the BJP government in the states to free Hindu temples from government control. The government had given hints that temples in the state would be governed by local committees comprising Hindus and the government will have no control over it as long as there is no serious dispute.

Karnataka Pradesh Congress Committee president DK Shivakumar has described the BJP government’s plan as a historic blunder and said his party would oppose it tooth and nail.

“How can muzrai (department) or government temples be given to local people for administration? It is the wealth of the government, wealth of the treasury. Crores of rupees are collected by these temples. What political stand are they trying to take looking at other states?” he said.

He said the Congress would hold a meeting on January 4 to discuss the issue and decide on the future course of action.

On Wednesday, Chief Minister Basavaraj Bommai, after the state BJP executive meeting, announced that the government plans to table a bill in the next session of legislature to offer autonomy to Hindu temples.

The move was widely welcomed by the Hindus and sources said it was made with an eye on the Assembly elections in 2023. Karnataka’s plan received appreciation from BJP’s counterparts in Tamil Nadu, where there is a similar demand. Actress and BJP functionary Kushboo Sundar praised Karnataka’s stand. “It is an extremely important decision as every other religious institution is free,” she said. 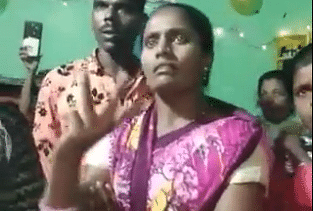 Watch video: 'Get Out Of Here', Karnataka women tackle right-wing interference to their Christmas...