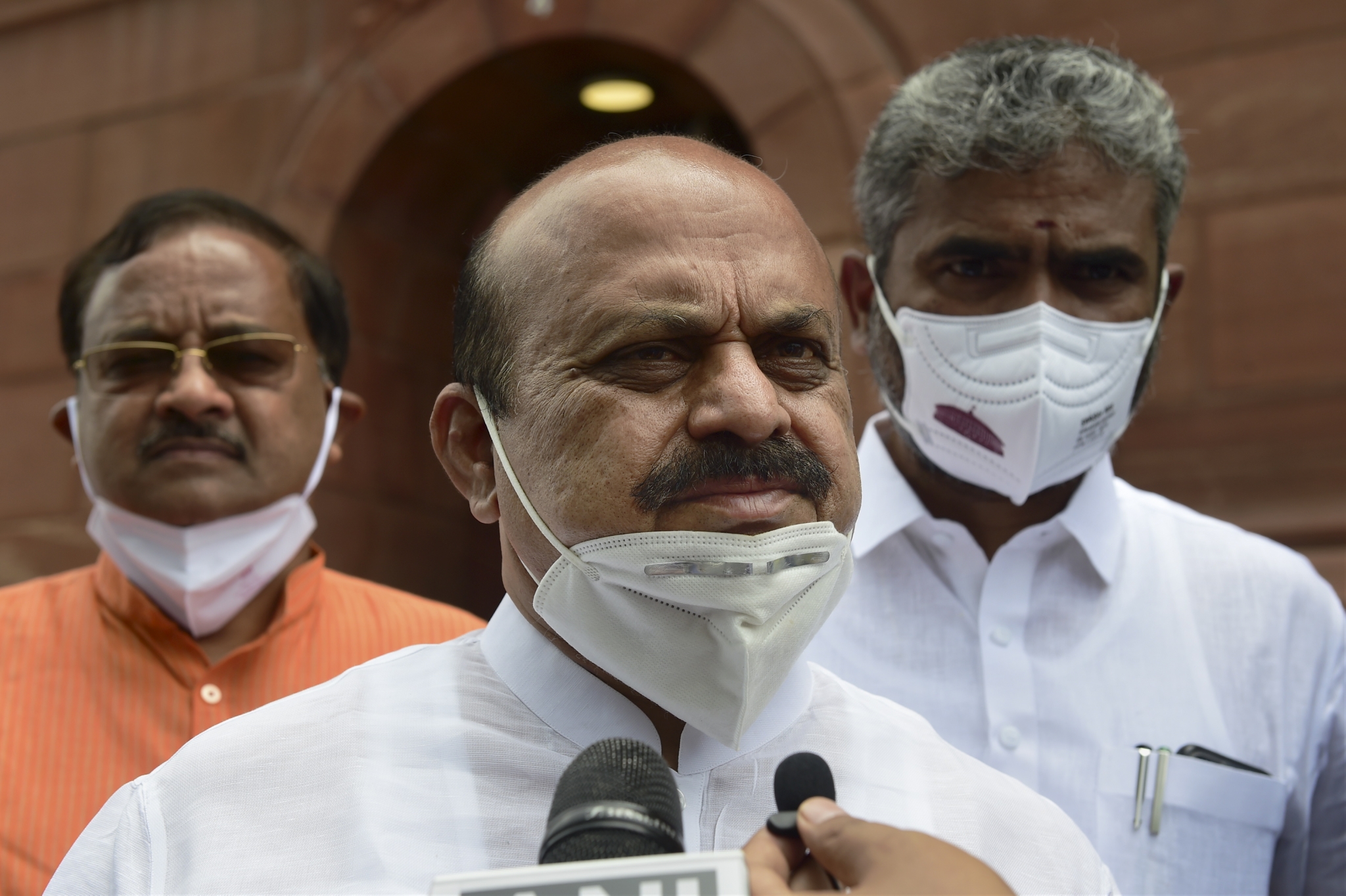 Bengaluru: Karnataka has been without a proper functional cabinet for a week and Chief Minister Basavaraj Bommai is still in Delhi waiting for the BJP high command to give him a list of MLAs who can be inducted into his ministry.

A dysfunctional government comes at a time when many parts of Karnataka are reeling under floods and Covid-19 cases are on the rise in many districts. The CM has been more in Delhi than in Bengaluru. After a two-day visit to Delhi last week, Bommai flew out again Sunday night carrying three lists of probable ministers taking the caste combinations into consideration.

Party sources said Bommai’s efforts to expand the cabinet at the earliest in view of the flood situation and the threat of a third Covid wave have hit a hurdle due to wrangling over ministerial berths. Bommai’s plan to induct 15-20 ministers was shelved after his predecessor, BS Yediyurappa, demanded that his son BY Vijayendra be made deputy CM, and that all migrant MLAs from Congress and JD(S), who helped him to form the government in 2019, be inducted.

BSY also wants his detractors to be kept out of the cabinet.

Initially, Bommai had said that the Cabinet expansion would take place Wednesday, but that will not happen as he is likely to return to Bengaluru from Delhi only Wednesday. He was supposed to catch a late-night flight to Bengaluru Tuesday after a dinner with party MPs, but the party bosses in Delhi asked him to stay back.

Sources said the party high command is unable to provide a please-all cabinet list. Bommai does not want baiters of Yediyurappa in the cabinet while the high command is keen on avoiding a revolt even as the state will be heading for Assembly elections in 2023.

Sources said during his meeting with party president JP Nadda, the CM reportedly discussed the number of deputy CMs — five or three — to be appointed in the new dispensation. Frontrunners for the deputy CM posts are R Ashoka and CN Ashwath Narayan (among Vokkaligas), Govind Karjol and Arvind Limbavali (Dalit), B Sriramulu (ST) and V Sunil Kumar (OBC), besides Lingayat representatives BY Vijayendra, Arvind Bellad, Murugesh Nirani and Basangouda Patil Yatnal.

The biggest challenge for both the high command and Bommai will be regarding the role of 15 “outsiders” who were accommodated in the Yediyurappa government. In all probability, the Bommai government may retain about 50% of the ministers from the previous government, sources said. There is speculation that former health and medical education minister K Sudhakar and deputy CM Ashwath Narayan will be inducted on priority as they were at the helm of efforts to tackle the Covid-19 pandemic.